Quantico 2.0 Aired. Priyanka Chopra is Thrilled and So is Twitter 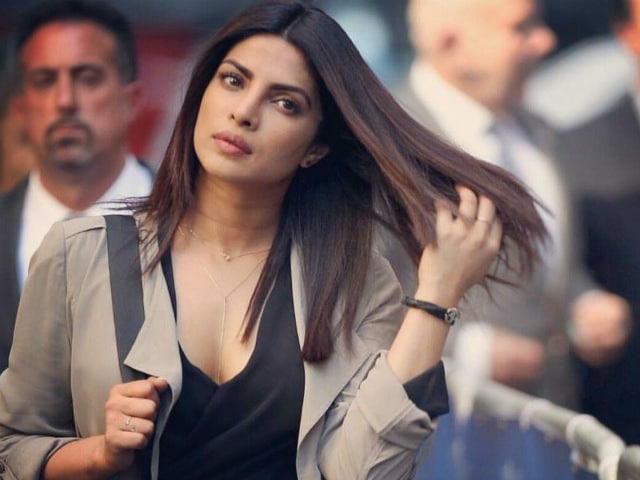 Priyanka Chopra in a still from Quantico.

New Delhi: The wait was finally over on Monday night when Priyanka Chopra's Quantico Season 2 debuted in India. Some viewers were absolutely glued to the screen for half an hour starting 9pm while others were multitasking - live tweeting during the first episode of the second season.

Twitter was absolutely thrilled and so was Priyanka, who thanked viewers for joining her on her maiden episode of Quantico 2.0.

Thank you for joining me to watch #QuanticoOnSW !whatever you do NOT miss the last 1 minute of each episode!Can't wait to do this every week

Well... our job's done here then! Hahaha keep watching... there's so much more to come #QuanticoOnSWhttps://t.co/qSb5m1brdj

Quantico season 2 premiered in the US on September 25. Minutes before the episode hit screens in India, Priyanka, clearly could not contain her excitement:

India! So thrilled for you guys to be watching it within a few hours of the US! 5 mins to go for #QuanticoOnSW... Lemme know what you think!

awww you guys.... thank you so much for the can't wait for you to see #QuanticoOnSW tonight! https://t.co/I4RIsIoT4p

Twitter was overwhelmed with Priyanka reprising her role as protagonist Alex Parrish.

me when i see @priyankachopra fight in heels !!!! PERFECTION !! #QuanticoOnSW. pic.twitter.com/x2pTwhlp4c

@priyankachopra What a adrenalin pumping episode was that...! I dnt think I'm going to fall for sleep... #QuanticoOnSW

@priyankachopra this episode went from zero to 100 in just minutes. My mind's already blown #QuanticoOnSW

Oh my god! What a season premiere! #QuanticoOnSW#QuanticoSeason2 Monday nights are just so much better now! You rock @priyankachopra

@priyankachopra Nope, I cannot deal with this. Tell me what happens next already. Can't wait for another week,7days r too much #QuanticoOnSW

Priyanka enjoyed the show a half a day ahead of India and Instagrammed moments from the screening:

Team #Quantico... that's how we roll. Thank you guys so much for watching with us! Big love see you next week

In the new season, Priyanka is also joined by Blair Underwood, famous as Jonathan Rollins of L.A. Law. Priyanka's Alex Parris is now a CIA agent. She shared more details in a tell-all tweet earlier this month. She promised dangerous enemies, who are "really, really bad" and "plenty of hot romance and sizzling secrets."

I'm excited to show you what Alex has been up to! @quanticotv returns Sunday at 10|9c on ABC. #Quanticopic.twitter.com/jeles1xwCv

Meanwhile, Priyanka Chopra, 34, looked stunning in Jason Wu couture at the Emmy Awards, where she presented with actor Tom Hiddleston. Apart from her appearance, Priyanka and Tom's after-party flirting was also the subject of headlines. She also appeared on the Jimmy Fallon show recently and hosted the Global Citizen Festival at New York's Central Park last week.

Promoted
Listen to the latest songs, only on JioSaavn.com
Priyanka will soon make her Hollywood debut with Baywatch, as antagonist opposite Vin Diesel.

In India, Priyanka is producing Marathi film Ventilator through her Purple Pebbles Picture. She's yet to announce her next Bollywood film.