"So amazing to be amongst the greatest ever in music," wrote Priyanka Chopra 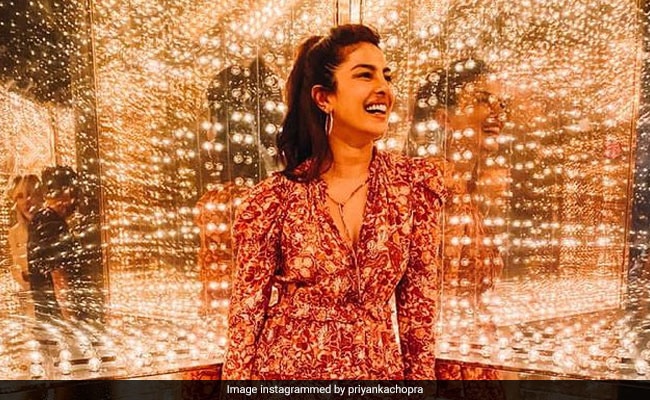 Actor-producer-singer Priyanka Chopra recently visited the iconic Rock and Roll Hall of Fame museum, also known as the Rock Hall, in Cleveland, Ohio with her family and updated her Instagram feed with beautiful pictures from her tour. Priyanka was accompanied by her mother Madhu Chopra, niece Krishna Sky, cousin Divya Jyoti, friend and songwriter Cavanaugh James and musician John Lloyd Taylor to the museum dedicated to rock music. In the pictures, the actress can be seen wearing a printed dress while her mother looks cute in a cream top and black shorts.

In one of the photos, Priyanka can be seen posing with late Grammy-nominated rapper DMX's jacket. He died in April this year. Priyanka, who is a big fan of rap music, had worked with DMX and after his death, called him "one of her favourite artists growing up" in her eulogy. Did you know that Priyanka also had a crush on late rapper Tupac Shakur, who died in 1996? It's true. While promoting her 2017 film Baywatch, the actress had even revealed that she wanted to marry the rapper.

Sharing the photos from the hall of fame, which added artists like Depeche Mode, Nine Inch Nails, the Notorious B.I.G. and the Doobie Brothers to last year's class, Priyanka Chopra wrote: "Thank you Rock Hall for giving me and the family such a wonderful time. So amazing to be amongst the greatest ever in music. Thank you, Greg, Shelby, Nwaka and everyone else who made it so smooth. Love you John Lloyd Taylor. Pic credit - Divya Jyoti, Cavanaugh James."

On her Instagram story, Priyanka also shared a super adorable photo with her niece. Take a look: 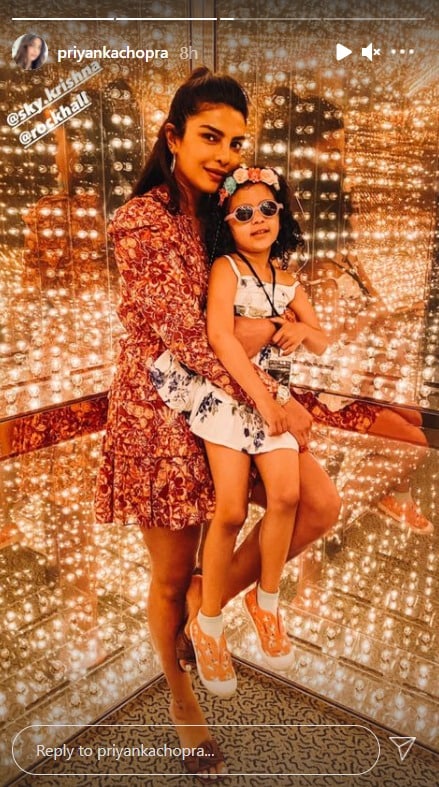 On Tuesday evening, Priyanka shared a cute selfie from a car. She looks pretty sporting double buns and brown shades. "Felt cute, might delete later," she captioned her picture. See it here:

In terms of work, Priyanka Chopra was last seen in The White Tiger, in which she co-starred with Rajkummar Rao and Adarsh Gourav. The film was nominated in the Best Adapted Screenplay category for Oscars 2021 but Anthony Hopkins' The Father, competing in the same category, won the award. She is now busy with Citadel, a multi-series with productions from India, Italy and Mexico and directed by The Russo Brothers.