Priyanka Chopra To Co-Star With Sam Heughan And Celine Dion In New Hollywood Film. "It's An Honour," She Says

"So excited to kick start this amazing movie with such incredible people!" wrote Priyanka Chopra while sharing the big news 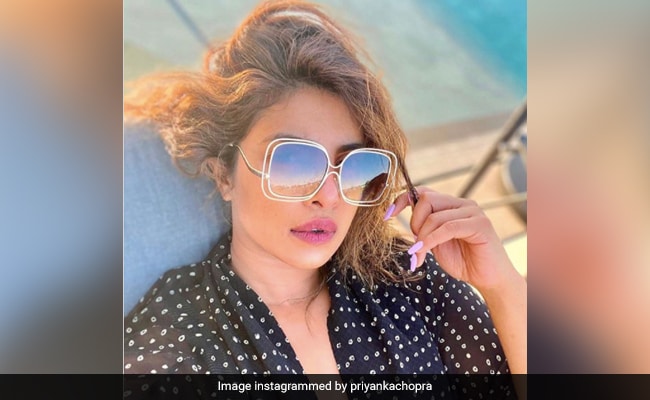 Priyanka Chopra is on a roll. The 38-year-old actress has jumped on board the English remake of German-language 2016 movie SMS Fur Dich. Priyanka Chopra, who shared the big news on social media, also revealed she will co-star with Grammy-winner Celine Dion and actor Sam Heughan, who is best known for his role in Netflix series Outlander. "So excited to kick start this amazing movie with such incredible people! Jim Strouse, Sam Heughan, Celine Dion. It's my honour. Let's go!" Priyanka wrote on Instagram while sharing a Deadline article. "So excited to be joining this incredible cast," wrote Sam Heughan on his Instagram. The film, tentatively titled Text For You, will be helmed by Jim Strouse, known for directing movies such as Grace Is Gone, People Places Things and The Incredible Jessica James.

Two of Priyanka Chopra's loudest cheerleaders welcomed the big announcement with much excitement on Instagram. "You are the best," wrote Priyanka's mother Madhu Chopra while Nick Jonas posted the fire emoji. Take a look at Priyanka's post here:

Text For You is an English adaptation of German author Sofie Cramer's novel SMS Fur Dich. Priyanka Chopra has been cast opposite Sam Heughan. According to the storyline, Priyanka's character is a heartbroken woman who has just lost her fiance. In her attempt to send constant messages to her fiance's old number, she will connect with a man with an aching heart. Celine Dion's music will connect the two even further.

Priyanka Chopra's impressive list of upcoming projects also include Netflix films The White Tiger and We Can Be Heroes, Russo Brother's Citadel and a film with actress-comedian Mindy Kaling. Priyanka has also been reportedly roped in as part of the cast of Matrix 4. Priyanka had also announced a sangeet-themed show with Nick Jonas for Amazon.