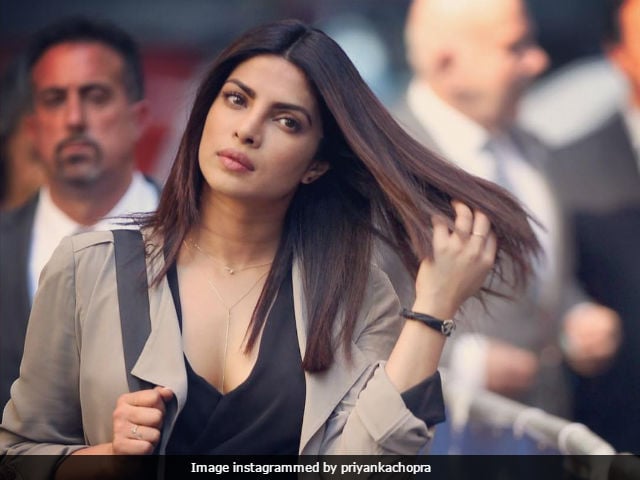 Priyanka Chopra's film Baywatch is slated to release on May 26 (Image courtesy: priyankachopra)

New Delhi: Priyanka Chopra, who is currently busy shooting the second season of the American television show Quantico, told news agency IANS that she makes it a point to take out some time from her busy schedule for family and friends. The 34-year-old actress said: "Let's be honest, it's tough to always maintain a balance but you've got to do what you feel is important." She added: "I work very hard but when I need to create time for myself, my family or friends for example, I will make the time. I understand my priorities and so does my team so when I need to do something that's important to me I will. I also make an effort to be connected. It's easy to get lost in work."

Priyanka Chopra is all set to make her Hollywood debut this year. Baywatch, directed by Seth Gordon, is scheduled for release on May 26. The Bajirao Mastani actress plays the main antagonist, Victoria Leeds in the film. Baywatch, which is an adaptation of the famous Nineties television series of the same name, features Dwayne Johnson, Zac Efron, Alexandra Daddario, Kelly Rohrbach, Jon Bass, Ilfenesh Hadera, Yahya Abdul-Mateen II, David Hasselhoff and Pamela Anderson.

Speaking to IANS, Priyanka Chopra said: "It is important to have people in your life who show you the mirror." She added: "My family, friends and team have always been that for me and I wouldn't want it any other way. I've always been open to feedback... I don't claim to know everything and it's important to have an objective perspective or a view point that different from yours. I have a select set of people whose honesty and opinions I trust."

Promoted
Listen to the latest songs, only on JioSaavn.com
Priyanka Chopra, who is now quite popular internationally, has appeared on chat shows such as - The Ellen Show, The Tonight Show With Jimmy Fallon, Jimmy Kimmel Live and The Late Show with Stephen Colbert.