Image on the left is a still from the video shared on Instagram by arpitakhansharma.

New Delhi: Priyanka Chopra is home from many months abroad filming Quantico and Baywatch and she's catching up with friends. On Monday, she posted a photo of herself visiting Salman Khan's sister Arpita and her three-month-old son Ahil.

They appear to have set a date for New York.

Was lovely to meet u and Ahil yest @arpitakhansharma .. He's too much fun... C u soon in nyc..

Love this one @priyankachopra

Priyanka met Arpita and Ahil at a studio in Mumbai. 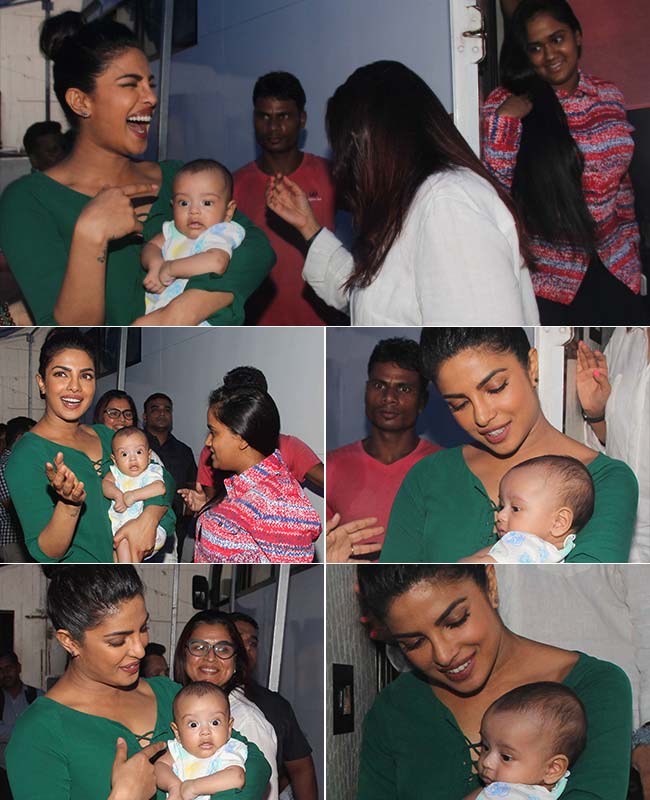 And New York is definitely on:

It's always a pleasure meeting you @priyankachopra that he is😊 see you soon in Nyc .. Shine on like you always do 😘 https://t.co/iYruXwCLjq

Priyanka wasn't Ahil's only visitor. Arpita posted a video of uncle Salman entertaining his nephew Sultan-style - and Ahil makes a grand attempt at out-Sultaning his mamu.

Meanwhile, Salman Khan, 50, has still not apologised for having compared himself to a "raped woman" while filming Sultan. He responded to a summons from the National Commission of Women last Wednesday with a lawyer's letter which did not contain an apology. He has been summoned again on July 8.