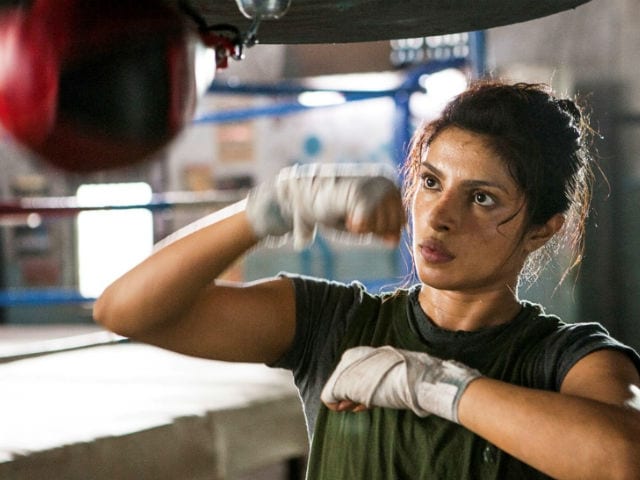 Priyanka Chopra in a still from Mary Kom

Mumbai: Priyanka Chopra's Mary Kom has completed two years of its release and the actress says the film was so much more than a movie for her.

Priyanka shared a still from the biopic on Instagram and captioned it:

Wow time flies. #2yearsofmarykom this film was so much more that a movie for me. I think I poured all my grief after losing my dad into it.. Sanjay Sir, Omung,Saiwyn, Mary and everyone who worked on the film. Thank you. And for all those who gave it so much love #gratitude

In the title role of the biopic of real-life boxing champion MC Mary Kom, Priyanka played a fearless woman who becomes an icon through her determined pursuit of sporting excellence.

The 34-year-old actress also thanked everyone who worked with her in the film.

Promoted
Listen to the latest songs, only on JioSaavn.com
Priyanka is currently busy shooting for her American drama series Quantico, where she will be seen playing a CIA agent Alex Parrish. She will also be seen in the Hollywood film Baywatch along with Dwayne Johnson and Zac Efron.