"So happy and proud of the work that you're doing on this film," wrote Priyanka Chopra 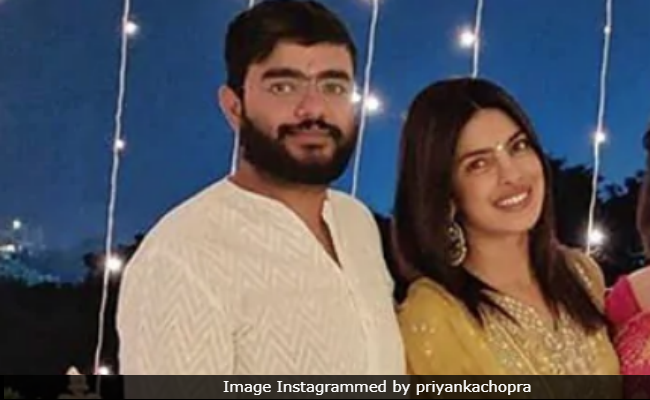 Did you know that Priyanka Chopra's brother Siddharth Chopra is also a part of Sonakshi Sinha's upcoming film Khandaani Shafakhana? Yes, you read that right. Priyanka shared the news of her brother's association with the film in her latest Twitter post, in which she tagged Siddharth Chopra and she wrote: "So happy and proud of the work that you're doing on this film." However, she didn't reveal any details about his contribution towards the project. In her tweet, the actress also praised the film's trailer and added, "So impressed by the trailer of Khandaani Shafakhana and team, good luck to all of you. Can't wait."

.@Iamsidchopra so happy and proud of the work that you're doing on this film

Siddharth Chopra is younger to Priyanka by six years. He owns a pub in Pune. After calling off his wedding with Ishita Kumar, he featured in headlines in May this year.

Meanwhile, the trailer of Khandaani Shafakhana released on Friday. The film, which is headlined by Sonakshi Sinha, marks the Bollywood debut of singer-rapper Badshah. The film also feature Fukrey actor Varun Sharma and veteran actor Annu Kapoor. The film has been directed by Shilpi Dasgupta and it will open in theaters on July 26.

Priyanka Chopra is currently in France for the wedding ceremony of her brother-in-law Joe Jonas and Sophie Turner. On the work front, Priyanka will be seen in Shonali Bose's The Sky Is Pink, which also stars Farhan Akhtar and Zaira Wasim.