Priyanka Chopra is Major 'Trouble,' Even if You Happen to be The Rock 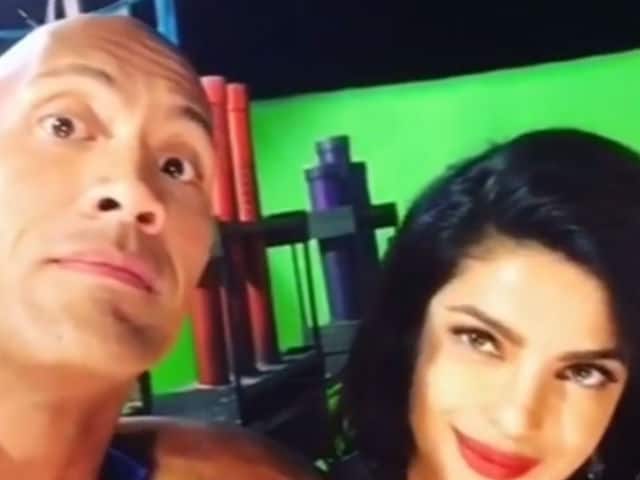 A still from the video. (Image Courtesy: priyankachopra).

New Delhi: Priyanka Chopra is not a woman you mess with, even if - or perhaps especially if! - you happen to be Dwayne 'The Rock' Johnson, former professional wrestler and now Priyanka's co-star in the work-in-progress Baywatch film.

Priyanka has checked out of the sets of Baywatch, having wrapped her scenes in the movie, but she has memories to share. On Tuesday, she posted this hilarious video of herself with Mr Johnson on Instagram.

I told u to watch out @therock haha! That's how we roll at #baywatch .. This was too fun!

Be afraid. Be very afraid.

Dwayne Johnson was. On his Instagram account, he wrote: "I told Priyanka Chopra at the start of production, 'Woman either we gonna get along, or we gonna get it on.' She chose to get it on. And that's why we love her."