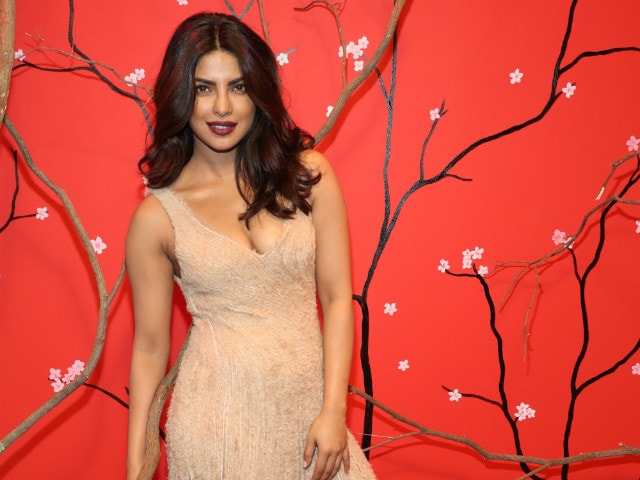 Priyanka's annual worth effectively put her above Deepika Padukone, who made $10 million last year, on the list of highest paid actresses. Forbes has qualified Priyanka's earnings because the West is familiar with her TV work - that ought to change when her Hollywood debut Baywatch releases next year.

Priyanka is a new addition to the list along with Castle star Stana Katic.

Meanwhile, after having attended the Oscar and won a People's Choice Award this year, Priyanka is currently busy filming the second season of Quantico in New York and is awaiting the release of Baywatch, co-starring Dwayne Johnson. Temporarily a New York native, she recently allowed cameras into her apartment.

Back home, she was last seen in Prakash Jha's Jai Gangaajal and hasn't signed a new Bollywood project yet. She is, however, producing a film titled Ventilator.

Priyanka Chopra, 34, recently featured in an elaborate fashion piece on Refinery29 and also as the latest face of 'Hollywood Royalty' in W magazine. She also made it to this year's Time 100 List of most influential people.

Promoted
Listen to the latest songs, only on JioSaavn.com
Here's the full Forbes list of 10 highest paid TV actresses: