"Apart from them, I don't think anyone else is doing anything significant. There is no star from India in Hollywood," said Tisca 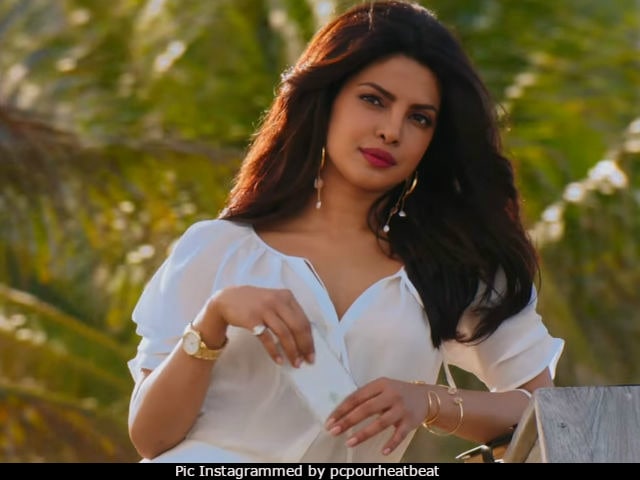 Priyanka Chopra made her Hollywood debut with Baywatch (courtesy pcourheartbeat )

New Delhi: Tisca Chopra is one of those actors who think Indian stars are yet to make a mark in Hollywood. Tisca, whose new film The Hungry premiered at the Toronto International Film Festival, acknowledged only the contributions of Priyanka Chopra and Irrfan Khan to be substantial enough in Hollywood. Apart from her two colleagues, "there is no star from India in Hollywood," said Tisca, reported news agency PTI. Priyanka and Irrfan's participation in Hollywood, has been consistent, says Tisca: "I feel only Priyanka Chopra and Irrfan have managed to work consistently in the West. Apart from them, I don't think anyone else is doing anything significant."

Priyanka Chopra stepped into Hollywood playing the antagonist in Dwayne 'The Rock' Johnson's beachside drama Baywatch, which, however, received a cold response at the box office. Priyanka became a popular face in the West after her starring role in American TV series Quantico, which she headlines. Priyanka, who shuttles between New York (where she has an apartment) and India for most of the year, is also looking forward to two more Hollywood movies - she has Isn't It Romantic? and A Kid Like Jake coming up.

Irrfan Khan's tryst with Hollywood began in 2007 when he featured as a cop in A Mighty Heart. Irrfan featured in indispensable roles in Inferno (in which he co-starred with Tom Hanks) and Life Of Pi, both 2016 films.

Promoted
Listen to the latest songs, only on JioSaavn.com
Tisca Chopra, who is excited about having brought her film to the prestigious film festival, co-stars with Naseeruddin Shah in The Hungry. Directed by Bornila Chatterjee, The Hungry is a modern onscreen adaptation of William Shakespeare's Titus Andronicus.