Priyanka Chopra Has a 'Woman Crush' on Meghan Trainor 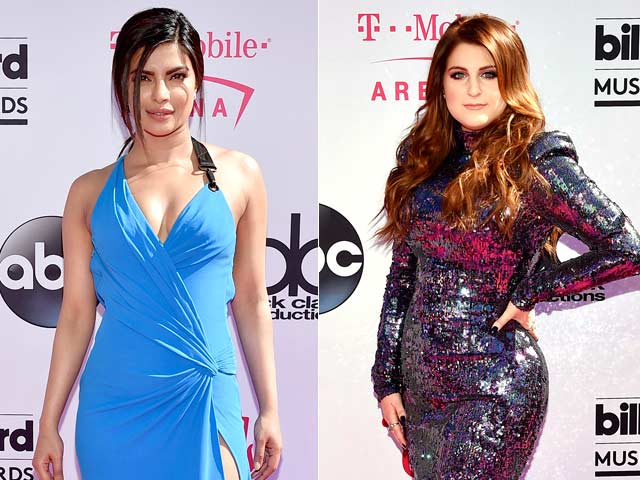 Mumbai: Actress Priyanka Chopra said that she has a 'woman crush' on singer Meghan Trainor.

On Instagram, Priyanka, 33, shared a picture from the Billboard Music Awards in Las Vegas held on May 22. In the image, Priyanka, dressed in a blue Versace gown, poses with Meghan, entrepreneur Anjula Acharia Bath and Troy Carter.

This girl is my woman crush! @meghan_trainor u slayed at the #bbmas tonight. More power to u! With @kelilee7 @anjulaachariabath #troycarter

Priyanka is currently gearing up for her new film Baywatch along with actor Dwayne Johnson.