Priyanka Chopra and Nick Jonas will marry in December in Jodhpur 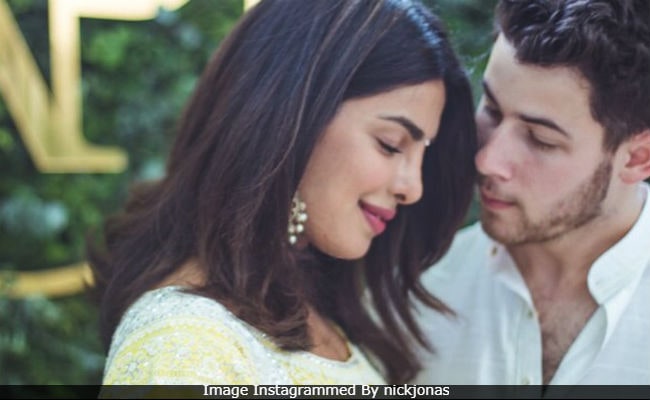 Star couple Priyanka Chopra and Nick Jonas, who will marry in December in Jodhpur, will schedule a wedding reception in New Delhi and are also planning to host one in Mumbai, reports Mumbai Mirror. The report also states that the Delhi reception will be held at a five-star hotel. Meanwhile, in Mumbai, Priyanka plans to host a wedding reception for her celeb friends. However, she hasn't zeroed in on a particular date. Priyanka and Nick's wedding festivities start from the last week of November. Groom-to-be Nick Jonas joined Priyanka in New Delhi on Thursday evening and he will now reportedly start prepping for the sangeet while the bride-to-be will begin with the preparations once she wraps up her film shoot.

Priyanka Chopra and Nick Jonas' pre-wedding functions are scheduled to take place at the Mehrangarh Fort while the main ceremony will be held in the Umaid Bhawan Palace. They will reportedly get married on December 2. The Mumbai Mirror report states that Nick's family and the relatives are expected to land in India just before the festivities begin.

Later in the evening, the couple celebrated Thanksgiving with a group of people. "What a beautiful Thanksgiving. Hope you all had the best day with your loved ones," Nick captioned his post from the Thanksgiving dinner. The same photo was also shared by Priyanka.

What a beautiful Thanksgiving. Hope you all had the best day with your loved ones.

Priyanka is currently in New Delhi to shoot for The Sky Is Pink.