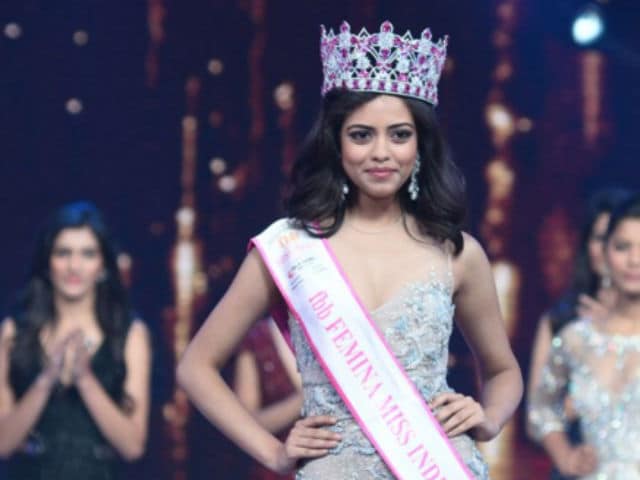 This image was posted on Twitter by Femina Miss India.

Mumbai: Priyadarshini Chatterjee was announced as the winner of FBB Femina Miss India World by actor Shah Rukh Khan during a star-studded ceremony in Mumbai on April 9.

The ceremony was attended by several celebrities from the Hindi Film industry.

Priyadarshini will represent India at the Miss World 2016 pageant. Bangalore's Sushruthi Krishna, was the 1st runner up and Lucknow's Pankhuri Gidwani, was the 2nd runner up.

Shah Rukh entertained the contestants with his charm and humour as he promoted his upcoming film Fan before announcing the winners of the pageant.

The show was hosted by filmmaker Karan Johar and Manish Paul. During the ceremony the contestants wore creations designed by Anju Modi, Namrata Joshipura and Falguni & Shane Peacock.