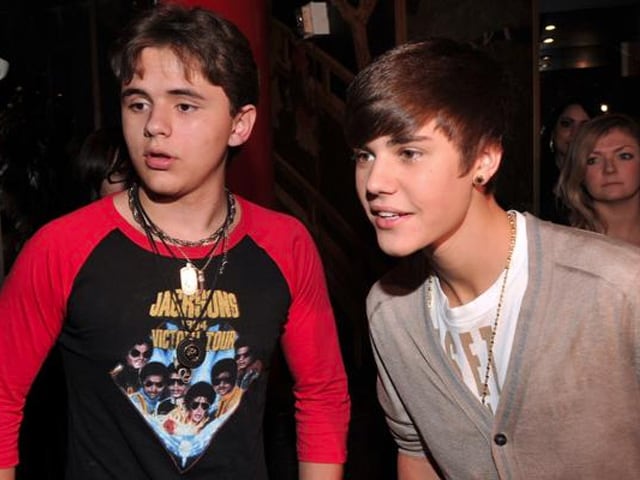 This image was posted on Twitter by Bieber News.

The project is being supported by professional boxer Floyd Mayweather Jr, reported the New York Post.

Promoted
Listen to the latest songs, only on JioSaavn.com
A Jackson family source said that Prince, 17, and Justin, 20, 'really dig one another' and that their 'major recording album' was in the works. No other details regarding the project have been revealed.

Prince and Justin who live in the same Calabasas, California community have reportedly been hanging out together a lot.