Breathe: Into The Shadows 2 - An Update On Abhishek Bachchan's Show

The show is slated to release on November 9 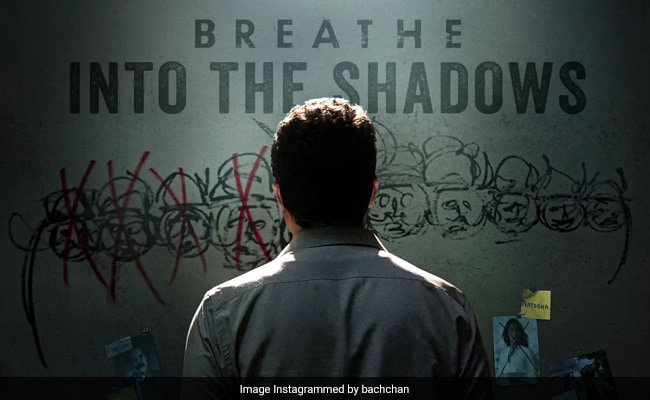 Abhishek Bachchan in Breathe Into The Shadows. (courtesy: bachchan)

The second season of the Abhishek Bachchan-starrer Breathe: Into the Shadows will arrive on Prime Video on November 9, the streamer said on Monday. Besides Bachchan, the new chapter of the psychological thriller series will see Amit Sadh, Nithya Menen, Sayami Kher, and Ivana Kaur reprise their respective roles. Naveen Kasturia of TVF Pitchers fame is the newest addition to the ensemble cast.

Produced by Vikram Malhotra and Abundantia Entertainment, the upcoming eight-episode original series is co-created and directed by Mayank Sharma who also helmed the previous season.

Aparna Purohit, Head of India Originals, Prime Video, said the streaming platform is "thrilled" to unveil the new season of their marquee thriller, Breathe: Into the Shadows.

"The testament of the success of a show is when the audiences start demanding a new season. Created by a passionate team of storytellers and a terrific ensemble cast, the new season of this suspenseful thriller, intertwined with hope and anxiety, will keep audiences on the edge.

"We have had a longstanding relationship with Abundantia Entertainment with whom we have collaborated on multiple shows and films but 'Breathe' franchise will always remain special as this was the first one. Breathe: Into the Shadows Season 2 is a gritty, suspenseful drama which has all elements of a perfect thriller, executed very well," Purohit said in a statement.

"The new season has been made at a cinematic level and will dive deeper into the world of Breathe to unveil the unexpected. Filled with edge-of-the-seat thriller elements and ample drama, suspense, and desperate emotions, this season is set to leave its viewers breathless," added Malhotra.

The Breathe: Into The Shadows franchise has spawned out of the 2018 Prime Video show Breathe, which starred R Madhavan and Sadh.

breathe into the shadowAbhishek Bachchan