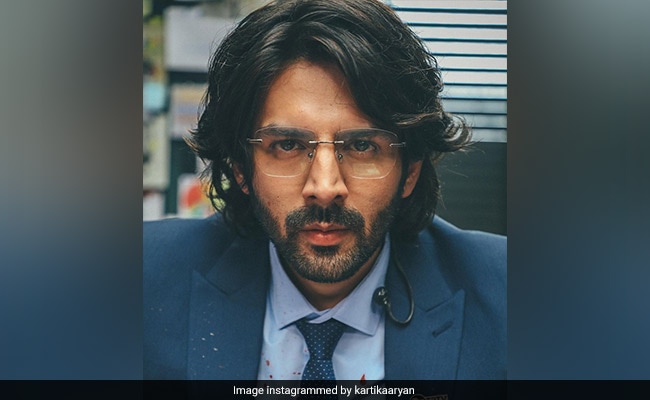 Almost a month after announcing his new film Dhamaka, Kartik Aryan shared his first look from the movie and it is intense. Introducing his character Arjun Pathak, Kartik wrote: "Miliye #ArjunPathak se #Dhamaka." In the picture, Kartik Aaryan can be seen wearing a blue shirt with blood stains on it. He paired his shirt with a blue blazer. He can be seen sporting a pair of spectacles, beard and long hair, quite different from all the characters he has played in his previous films.

"Amazing" was the general sentiment in the comments section of Kartik Aaryan's latest post. Take a look:

In Dhamaka, Kartik Aaryan will reportedly play the role of a journalist. However, neither the actor nor the makers have confirmed the news yet.