On Thursday, Preity posted a picture with Salman Khan, a still from their film Dil Ne Jise Apna Kahan which was released in 2004. 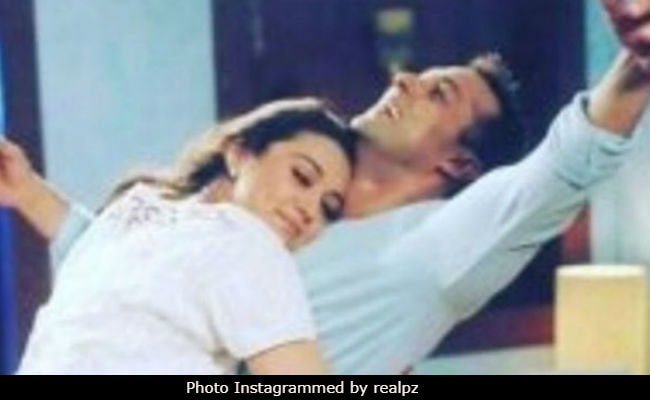 When Salman was convicted in the blackbuck case in April this year, the actress was spotted visiting him in the Jodhpur Central Jail, where he was lodged. The 43-year-old actress was also one of the first celebrities to have visited Salman Khan's Mumbai home after he was convicted in a 2002 hit-and-run case in July 2015.

Promoted
Listen to the latest songs, only on JioSaavn.com
The actress lives in San Francisco with her husband Gene Goodenough and shuttles between Mumbai and California through the year to manage her work commitments.

PreityZinta last starred in 2008 film Welcome to New York and will be next seen in Bhaiyyaji Superhitt, which is expected to release on September 14. The film also stars Sunny Deol, Arshad Warsi, Shreyas Talpade and Ameesha Patel.