"We are fine with no symptoms so far," wrote Satyajeet Dubey 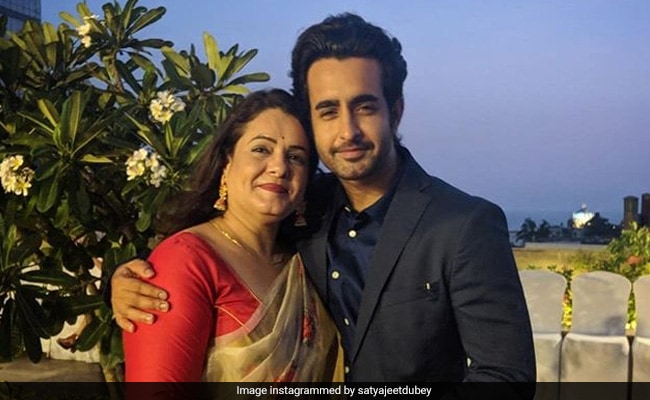 A file photo of Satyajeet with his mother. (courtesy satyajeetdubey)

Bollywood actor Satyajeet Dubey, who was last seen in Prassthanam, co-starring Sanjay Dutt, Ali Fazal and Manisha Koirala, in his recent Instagram post stated that he and his sister have been isolating themselves ever since their mother tested coronavirus-positive. Satyajeet's mother tested positive on Thursday after having a "severe migraine attack, high fever, and excruciating body ache". In his post, the actor wrote: "My sister and I are under home isolation and we are fine with no symptoms so far. As per the guidelines we have been told to isolate ourselves . So far our bodies have not shown any symptoms."

In his Instagram post, Satyajeet Dubey added, "We are in constant touch with her through phone and video calls. She sounds cheerful. We are grateful to our society and loving neighbours who have been a great mental support for us. Never had imagined that a pandemic can bring us this close to being human."

Bas kuch dino ki baat hai. Hang in there. Never let a bully win. Even if it's a fucking virus.

Earlier, Satyajeet shared a post, in which he stated that his mother tested positive for COVID-19. "She's been kept under observation in an isolation ward in Nanavati hospital and I'm sure she'll come out better and stronger," read an excerpt from his post.

We shall over come, sooner than later. Love and light.

Satyajeet Dubey made his Bollywood debut with Always Kabhi Kabhi. He has featured in films like Baankey Ki Crazy Baraat, Kerry On Kutton and Love On The Rocks - Table For Two.Prassthanam remains his last release.