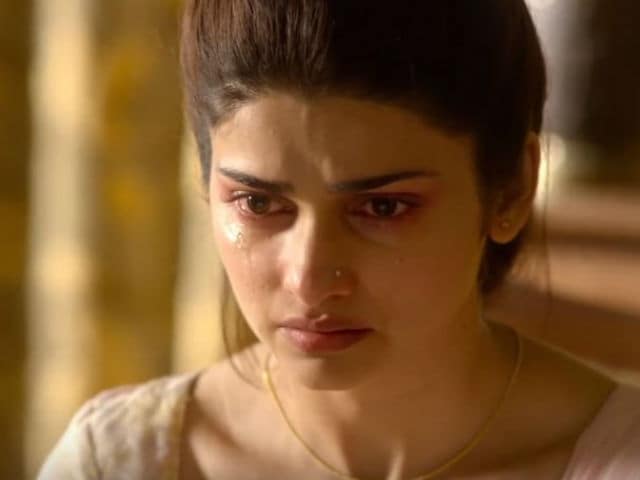 Prachi Desai in a still from Azhar

Mumbai: Actress Prachi Desai says the reason behind Azhar's lacklustre performance at the box office was that people couldn't forgive former Indian cricketer Mohammed Azharuddin, who was implicated in a match-fixing scandal in 2000.

Azhar, which starred Emraan Hashmi in the titular role, was a biopic of the former Indian captain. Prachi played his first wife.

Post the 2000 scandal, BCCI banned the cricketer for life. In 2012, however, the Andhra Pradesh High Court lifted the ban, describing it "unsustainable".

"There are things which are beyond our control. You should make peace with it. I feel people were a bit unforgiving towards Azhar, despite the court giving him a clean chit in the matter," Prachi told PTI.

The 27-year-old actress feels people had their own judgment about Azharuddin which hurt the movie.

"For a lot of people, cricket is huge. They used to watch and follow him but something fell apart when the controversy happened. Some people took it to their heart. Some couldn't watch the film for what it is without their personal views and attachments. They decided before watching the film that they knew the story."

The Rock On actress, however, is happy that her performance was appreciated in the film.

"The feedback I got was very positive. Playing a real life character was tough and I am happy my role was appreciated by the audience."

The movie directed by Tony D'Souza is now ready for its television premiere on Sony Max on August 14 and Prachi is excited about it as she believes the film will reach a larger audience through the small screen.

"People should watch this on TV. It has a huge reach, not only in the country but every part of the world," she said.

Prachi was last seen in the movie Policegiri in 2013 and will be seen next in Rock On2 in 2016 opposite Farhan Akhtar.