Prabhas, SS Rajamouli On The Sets Of Baahubali: The Virtual Reality Tour 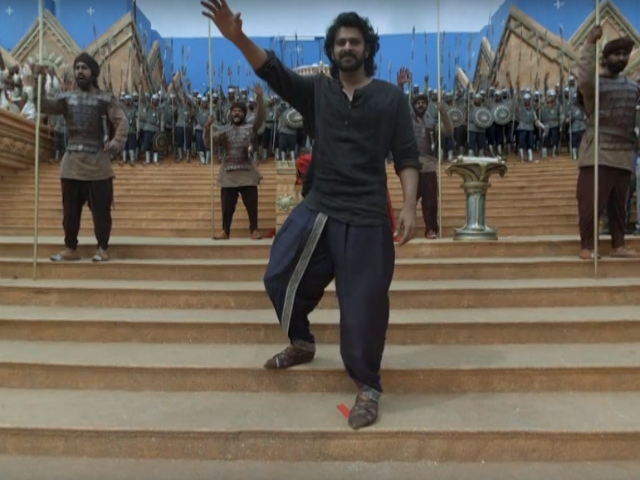 New Delhi: If Baahubali: The Beginning reached new zeniths when it came to scale, production and effects in an Indian film (and of course, puzzling a population of a billion with the question - "Why did Katappa kill Baahubali?"), the highly anticipated sequel Baahubali: The Conclusion will take it a step further.

It's a very Baahubali Sunday on Twitter, as filmmaker SS Rajamouli unveiled the first look motion poster and still of his upcoming sequel to much frenzy. Now, he has revealed another facet of the film which is sure to give the audience an entirely new experience.


Thanks to a US-based micro devices company, the making of Baahubali 2 is now available in virtual reality, marking this to be a first-of-its-kind collaboration for an Indian film. The experience was not just showcased but also tried first-hand at the ongoing Jio MAMI 18th Mumbai Film Festival, along with the unveiling of the first look of the film on the eve of actor Prabhas' birthday.

Director Rajamouli had informed fans in early October of the same and now with the click of a button, the viewer can experience the set and gradeur of Baahubali "I am very excited about the work we are doing in the Virtual Reality space with Baahubali. We are currently working on 2 VR experiences," Rajamouli wrote on his Twitter page. The first is out now on YouTube and the second, a 3D photo-realistic VR experience built in a game engine and set in the climax of Baahubali 2 will release just before the film hits theatres

Promoted
Listen to the latest songs, only on JioSaavn.com
Seen in the video are Rajamouli himself, and lead artistes Prabhas and Anushka Shetty sharing interesting anecdotes about the filming. All you have to do is put on your VR headgear and you will be transported into the world of Mahishmati and its epic characters.

Baahubali: The Conclusion also stars Tamannaah Bhatia and Rana Daggubati, and features music by MM Kreem. It is slated to release in cinemas on April 28, 2017.