Pooja Bhatt said: "We are making Sadak 2, in which we are showing Sanjay Dutt in his true and present time" 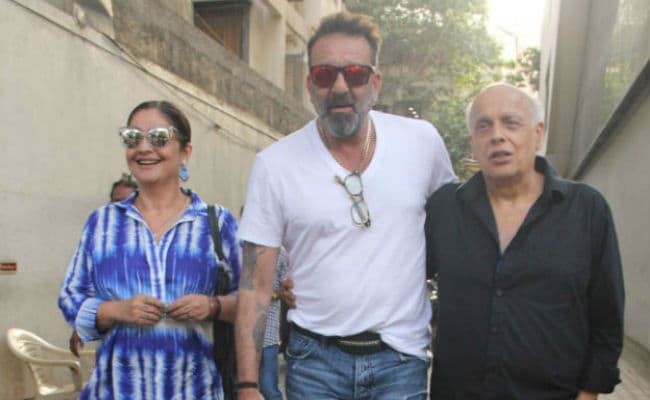 Sanjay Dutt with Pooja and Mahesh Bhatt in Mumbai.

New Delhi: Pooja Bhatt plans to make Sadak 2 with Sanjay Dutt and the film will be based on the topic of depression, the actress-turned-filmmaker told news agency IANS. She said: "We are making Sadak 2, in which we are showing Sanjay Dutt in his true and present time. We are dealing with issue of depression in that film." In a previous interview with NDTV.com, filmmaker Mahesh Bhatt, who directed 1991 film Sadak, dismissed reports of Alia Bhatt playing Sanjay Dutt's onscreen daughter although he too said that he wants Sanjay Dutt for the sequel of the critically acclaimed film.

Pooja Bhatt, who was speaking at an event to mark World Mental Health Day, told IANS that Sadak 2 will be a commercial film. "We have to make our point and we chose film as our medium because when you choose a mainstream format then your message goes deeper and wider," she said.

Of the box office trend where content driven small budget films are outperforming big-budgeted films, Pooja Bhatt said: "Audience has been always smart. We, who call ourselves experts of the industry, supposedly underestimate the audience and say that they are not ready to see issue-based films. Today, there is no issue with the audience and filmmaker but I feel now film-making has become a game of marketing."