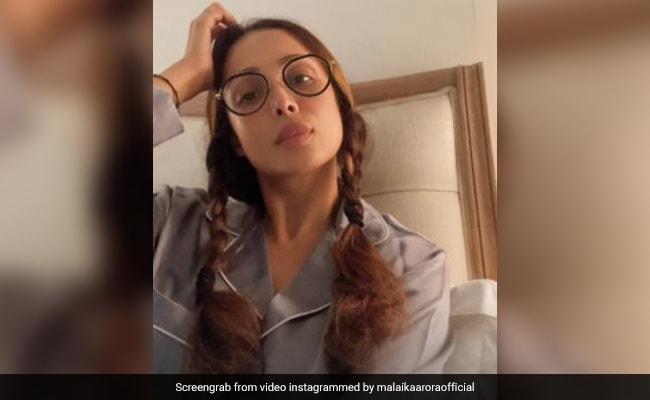 Malaika Arora braided her hair into two pigtails and guess who she thinks she looks like? Pocahontas, a 17th century Native American enshrined in pop culture fame by a Disney movie. The braided hairstyle seen on Malaika is popularly associated with the women of indigenous tribes in North America though this is a simplified view. In the Disney film, Pocahontas was depicted with her hair worn loose. Nevertheless, "Pocahontas in the house," wrote Malaika in her Instagram story. She was clearly ready for bed, in a grey night suit and glasses (for bedtime reading perhaps?) See Malaika Arora's post here: 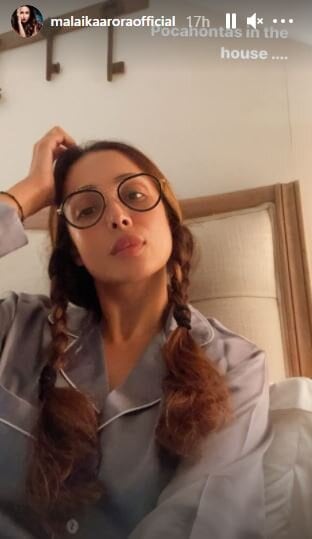 Pocahontas is a figure of part history and part myth; the popular story about her is that she saved the life of colonist Captain John Smith, risking her own - this is the version presented by Disney. Historians suggest that this is an exaggerated account - what seems to be accepted fact is that Pocahontas, a chieftain's daughter, converted to Christianity, married a tobacco planter named John Rolfe and visited London where she was introduced as an example of a "civilized savage."

Malaika Arora is a former VJ, model and fitness enthusiast - her yoga posts on Instagram are serious inspiration. Known for her dance numbers in films such as Dil Se and Dabangg, she's also much in demand as a judge on talent shows like Nach Baliye, Jhalak Dikhhla Jaa, India's Got Talent and India's Best Dancer.

Malaika, who is currently dating actor Arjun Kapoor, will next be seen on the show Star Vs Food.