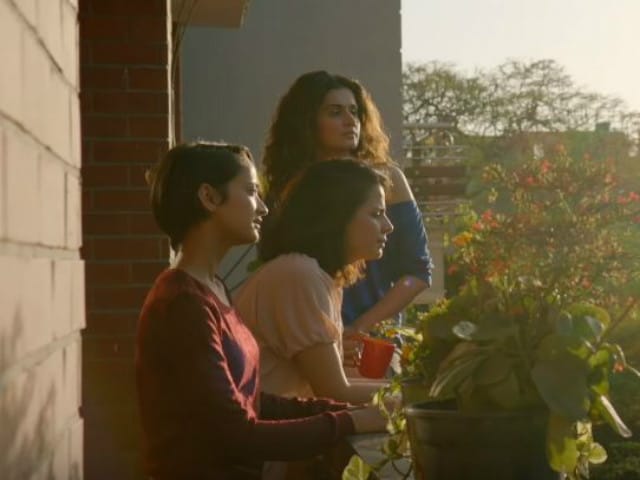 A still from the Pink Anthem.

New Delhi: "Mann ka hai kona kona... pink... Jhoota hai bole jo na... pink," says the new anthem of Amitabh Bachchan's film Pink. You will not find any of Big B or much of Taapsee Pannu or Andrea Tariang or Kirti Kulhari in the song. Instead, it is a montage of several women celebrating life, each in their own way.

#PinkAnthem became a top trend on Twitter since the song was released on Wednesday evening.

Shot across Delhi, Pink Anthem features its protagonists dancing near the India Gate, in the colourful lanes of Hauz Khas Village, at Connaught Place and also with the Jama Masjid in the background. The catchy accompanying beats perfectly add to the energetic flavour of the song.

Sung by Jonita Gandhi, the Pink Anthem has been composed by Anupam Roy.

Promoted
Listen to the latest songs, only on JioSaavn.com
Big B plays a lawyer opposite Taapsee, Kirti and Andrea, who play flatmates. The three women file a sexual assault complaint against three men and in turn are accused by them of extortion and attempted murder.