Piku, Talvar Have Been Special to Me, Says Irrfan Khan 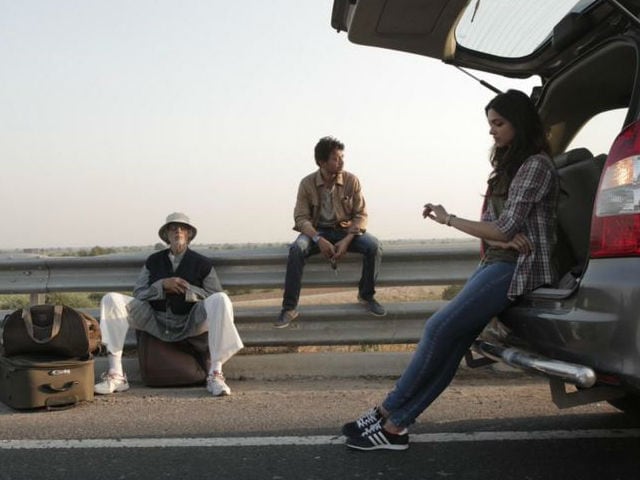 A still from the film Piku.

Mumbai: Irrfan Khan is happy after being nominated for the Best Actor in the Critics' Choice for his film Talvar and Best Actor in a Supporting Role for Piku at the second edition of the Times of India Film Awards (TOIFA). The actor says both the films are "special" to him.

"Piku and Talvar have been special to me and I am happy that I have been nominated. I am pleased to be a part of them as they are important for me, the film industry and the audience," Irrfan said in a statement.

Directed by Shoojit Sircar, Piku was an endearing father-daughter tale, with megastar Amitabh Bachchan playing the role of the father of Deepika Padukone. Irrfan joined the journey of the father-daughter duo during a road trip to Kolkata and how his relationship evolved with the actress during the trip.

On the other hand, Talvar directed by Meghna Gulzar was based on the 2008 Noida double murder case, in which a teenage girl and her family servant were found murdered, and her parents were arrested for the murders.

To be held on March 18 in Dubai, the second edition of TOIFA will see celebrities like Amitabh Bachchan, Ranveer Singh, Kalki Koechlin and Anushka Sharma being lauded for their performance in Hindi cinema. (Also Read: Irrfan Khan to Co-Produce, Act in His Next International Film)

The award event will be co-hosted by actors Parineeti Chopra and Riteish Deshmukh, who will be seen entertaining their fans with quirky acts.

The award ceremony, presented by Gulf Air and Splash, will witness performances by Bollywood celebrities like Shah Rukh Khan, Varun Dhawan, Jacqueline Fernandez, Kareena Kapoor Khan, Yo Yo Honey Singh and many others.

The first edition of TOIFA was held in Vancouver, British Columbia in 2013.