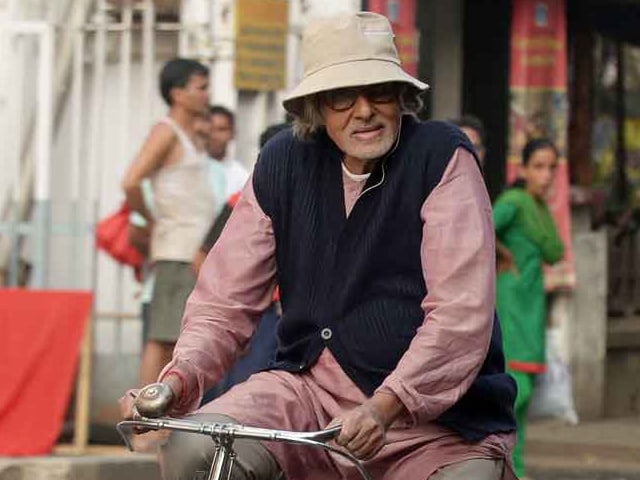 Mr Bachchan, 72, is getting rave reviews for his performance in the film directed by R Balki, as a fading star, who ends up lending his voice to a speech-challenged actor, played by Tamil superstar Dhanush. (Movie Review: Shamitabh)

He reunited with the director after their unreleased film Johnny Walker.

"Piku is a slice-of-life family drama. It is a middle class father's role. Deepika (Padukone) is playing my daughter and Irrfan is also there in the film. It is a Bengali home. I feel a lot of Bengalis would be able to identify with what is being said there," Mr Bachchan said about his role. (Also Read: When in Kolkata, Amitabh Bachchan Speaks in Bengali)

Wazir, co-starring Farhan Akhtar and Aditi Rao Hydari, is "dramatic and intense" with Mr Bachchan in the role of a wheel chair-bound chess player. (Wazir Teaser: Amitabh Bachchan, Farhan Akhtar and a Deadly Game of Chess)

The film has been directed by Bejoy Nambiar with Vidhu Vinod Chopra and Rajkumar Hirani as producers.

"Promotions are like working in a movie all over again. Then there is television. I will be shooting for KBC," he said.

Promoted
Listen to the latest songs, only on JioSaavn.com
The actor made his fiction debut on television last year with Yudh. Though the finite series did not do well, Mr Bachchan is open to working in the medium again.

"Yudh did not do well. The whole idea with Anurag (Kashyap) was to do something different from saas-bahu serials. We attempted something new and we will try again. I feel eventually it is where everything will go," he said.

Shehnaaz Gill To Co-Star With Diljit Dosanjh In Honsla Rakh