Pics From Celina Jaitley's Babymoon In Austria Will Make You Very, Very Jealous

Actress Celina Jaitley, who is pregnant with twins yet again, will soon be entering the last trimester of her pregnancy 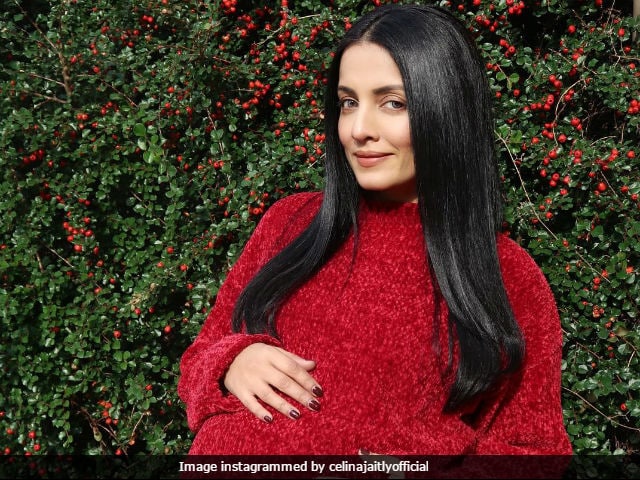 New Delhi: Actress Celina Jaitley, who is pregnant with twins yet again, is currently on a babymoon with husband Peter Haag. The 35-year-old actress will soon be entering the last trimester of her pregnancy so her husband has made sure that she enjoys a short break in Austria. Celina got married to Dubai-based hotelier Peter Haag in March 2011. The couple welcomed twins, Winston and Viraajj a year later in March 2012. Recently, Celina shared a picture of herself on Instagram in which she is seen posing in front of a full-grown wild berry bush, flaunting her baby bump. "Standing in front of my favourite wild berry bush wall which we had planted when @winstonjhaag & @viraajjhaag were born," wrote Celina Jaitley.

Celina Jaitley posted another image in which she can be seen soaking in the sun amidst the greenery. She smiled radiantly for the camera. Celina captioned the image as, "I'm a person of the mountains and the open paddocks and the big empty sky, that's me!"

"I'm a person of the mountains and the open paddocks and the big empty sky, that's me !" .. every time I go back home to #Austria I feel enriched and rejuvenated, it reminds me of my very happy childhood growing up in the equally gorgeous #kumaon #Hills of #India .. thank you @haag.peter for this #babymoon .. As you can all see the #Babybump is loving its Austrian roots !! #mylife #myworld #Austria #india #austrianalps #instagood #nature #mountains #bollywood #twinstagram #instagood #celina #celinajaitly #celinajaitley #babymoon #bump #ilovenature #onewithnature #onewithself #havingthetimeofmylife #havingtwins #pregger #pregnancy #preggerlife #pregnancystyle #twinpregnancy #celinasworld

Celina Jaitley often shares pictures of her twins Winston and Viraajj on Instagram. Take a look at some of the adorable pictures posted by her here:

Thanks @westin & @chinainluxury for the private #chopper for our daily #adventures in #haitangbay #sanya A big thank you to most wonderful #pilots who spoilt the twins @winstonjhaag & @viraajjhaag silly. #china knows how to do #luxury #travel right. !! @haag.peter & I truly enjoyed . #thankyou #celina #celinajaitly #travelwithstyle #travelwithkids #mytraveldiaries #mytravelgram #family #winstonjhaag #viraajjhaag #peterhaag #bollywood in #China #Hainan #myworld #my. #mytravels Thanks @eshaoberoi for the styling .. .my clothes #fairy ..

Celina Jaitley is a former model and beauty queen. She won the Miss India title in 2001 and was announced the fourth runner-up at Miss Universe contest in the same year.