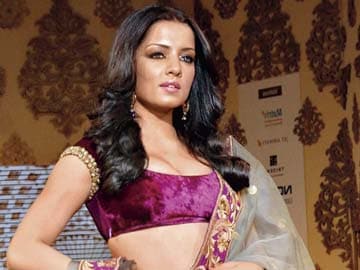 Actress Celina Jaitley was in for a shock when the cabin crew of an airline apparently misbehaved with her. The actress was recently travelling to Dubai and then to the US when she bumped into friends, designer Anna Singh and jewellery designer Farah Khan Ali, in the airplane.

Soon after, a steward apparently misbehaved with the actress. Describing in the incident, Anna says, "We were meeting Celina after a long time, so we were busy chatting with her. We were seated in the business class, in the first row between the washroom and the first class. When Celina got up to go to a washroom, a steward stopped her from doing so. Moreover, his tone was extremely rude. The washroom was just four steps away from her seat, but he refused to listen to her. It was really embarrassing because he could have spoken gently instead of being rude to her."

After the three of them got off from the aircraft, Anna confronted him. She recounts that she made it a point to tell him that this wasn't the way to speak to a lady. "To this, he turned around and said that we were free to complain against him; he even gave his card to us."

Promoted
Listen to the latest songs, only on JioSaavn.com
A source close to Celina says that the actress was on her way to New York to promote a UN campaign aimed at creating awareness about the rights of the LGBT (Lesbians, Gays, Bisexuals and Transgenders) community. "This cabin crew attendant insisted on communicating in a disrespectful manner. He was loud for no apparent reason and when Celina asked him to keep it down, his tone and language grew worse," says this source.

When contacted, Celina, who is currently in the US, said, "It was a strange and unfortunate event. My office has already reported the matter to the airline in keeping with the protocol and we are awaiting an answer from the airline."