Arbaaz Khan and Giorgia Andriani have been photographed together frequently lately 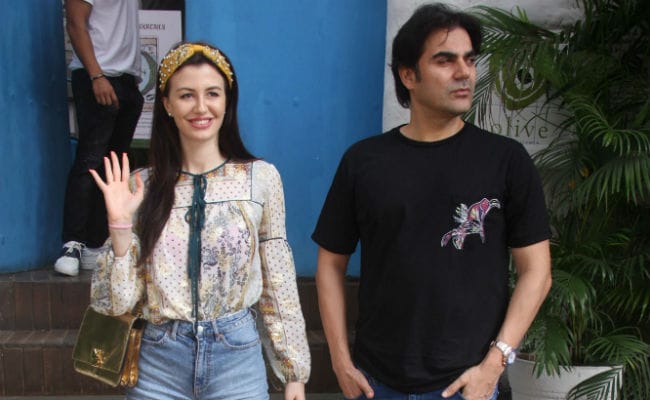 Arbaaz Khan with Giorgia, Amrita and Shakeel Ladak outside a restaurant.

Actor filmmaker Arbaaz Khan was spotted with his rumoured girlfriend Giorgia Andriani twice over the weekend. On Saturday, Arbaaz and Giorgia caught up with Arbaaz's son Arhaan while on Sunday the rumored couple met Amrita (sister of Arbaaz's ex-wife Malaika) and her husband Shakeel Ladak. As per reports, Arbaaz only recently started Giorgia Andriani, who is an Italian model, and she is also frequently spotted with Arbaaz's folks at their family events. On Sunday, Arbaaz and Giorgia posed together for the shutterbugs along with Amrita and Shakeel while the previous day Arbaaz had ignored the paparazzi. However, Giorgia, who appears to be comfortable being photographed by the shutterbugs, had waved and smiled for the camera the day before.

Photos from Arbaaz and Giorgia's double date with Amrita and Shakeel Ladak: 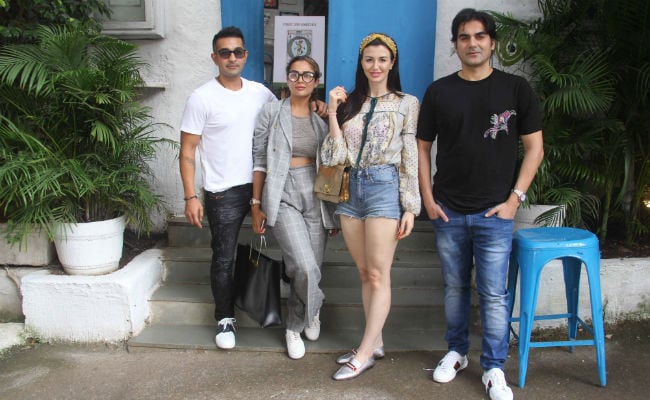 Arbaaz and Giorgia with Amrita and Shakeel

Here are pictures from Arbaaz, Giorgia and Arhaan Saturday outing: 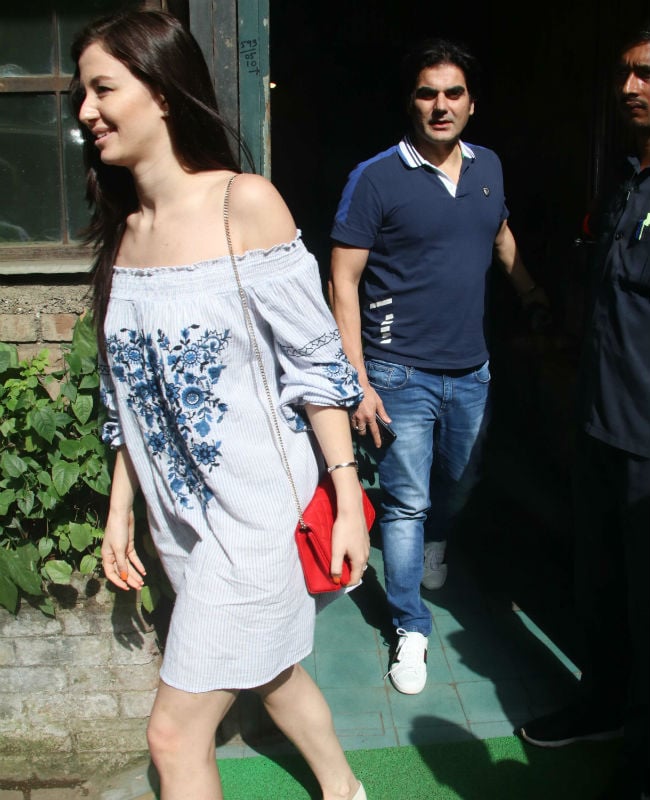 Arbaaz and Giorgia outside a Mumbai restaurant. 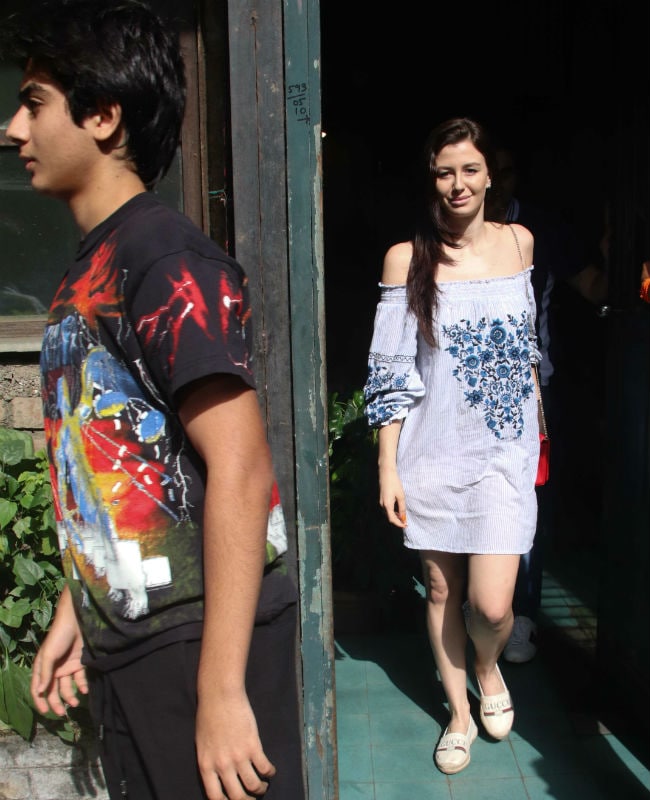 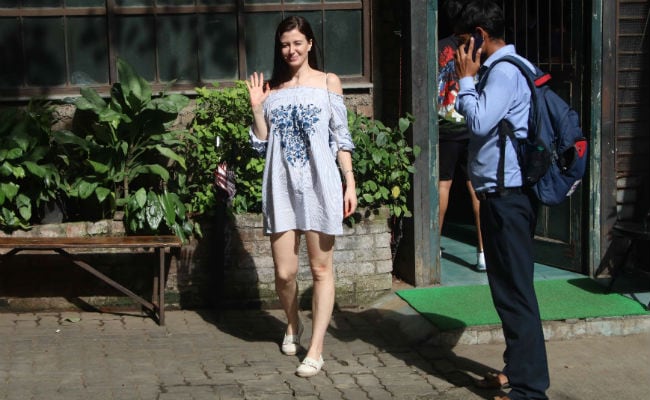 Giorgia is definitely not a camera-shy person.

On Giorgia Andriani's Instagram account (unverified but followed by Arbaaz and Amrita), the actor-filmmaker's presence is almost negligible. Giorgia has mostly posted pictures from her various photoshoots and Arbaaz features in one recent post, which was for his birthday (on August 4). "To your day. Happy happy, birthday rockstar," she wrote along with a heart emoticon.

Before this, Giorgia had posted two selfies of herself with Arbaaz in May and wrote: "Make sure you spend as much time as you can with the ones who make you laugh."

Arbaaz Khan was married to Malaika Arora from 1998 to 2016 and after their divorce they've maintained a cordial relationship. Their son Arhaan lives with Malaika but he is often spotted at the Khan residence. Malaika and Arbaaz also join their respective families on several occasions especially for Arhaan's birthday.

Recently, Amrita also tied a rakhi to Arbaaz on Raksha Bandhan, like always. Here are pictures from Arbaaz and Amrita's Raksha Bandhan celebration:

Bonds Brother love ohhhh ya ,Thankyou @malaikaarorakhanofficial for the Love you @arbaazkhanofficial

On the work front, Arbaaz Khan is currently working on Dabangg 3, which will feature Salman Khan in lead role.