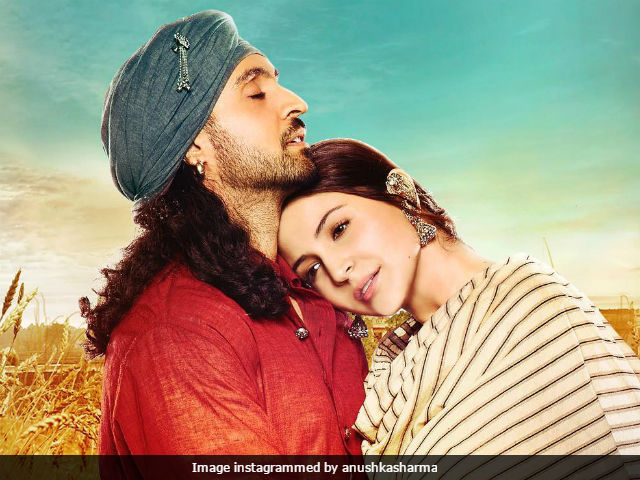 New Delhi: Sahiba, the third song from Anushka Sharma's upcoming film Phillauri released on Monday. The song is sure to strike a chord in one's heart as it depicts love and separation. Sahiba portrays the love story of Anushka and Diljit and in the later half Suraj Sharma trying to reconcile with his fiancee, played by Mehrene Pirzada. The lyrics of the song have been penned by Anvita Dutt and it has been sung by Romy and Pawni Pandey. Phillauri is Anushka Sharma's second venture as a producer after her 2015 film NH10. The movie is scheduled to release in theatres on March 24.

Check out the song from Phillauri here:


Phillauri has been produced by Anushka Sharma and her brother, Karnesh under the banner of Fox Star Studios and Clean Slate Films. The film marks Anshai Lal's debut as a director.

Promoted
Listen to the latest songs, only on JioSaavn.com
Phillauri will see Anushka Sharma portray the role of a ghost bride. Suraj Sharma, an NRI, gets married to a tree as he is a maanglik. However, a ghost stuck in the tree (Anushka Sharma) begins haunting him.

Anushka Sharma has been actively promoting the film on her social media accounts. The 28-year-old actress was last seen in Karan Johar's Ae Dil Hai Mushkil along with Ranbir Kapoor and Aishwarya Rai Bachchan. The Sultan actress is currently shooting for Imtiaz Ali's next venture titled Rehnuma along with Shah Rukh Khan. She will also been seen romancing Arjun Kapoor in Kaneda, directed by Navdeep Singh. Anushka Sharma has a cameo appearance in Rajkumar Hirani's biopic on the actor Sanjay Dutt.