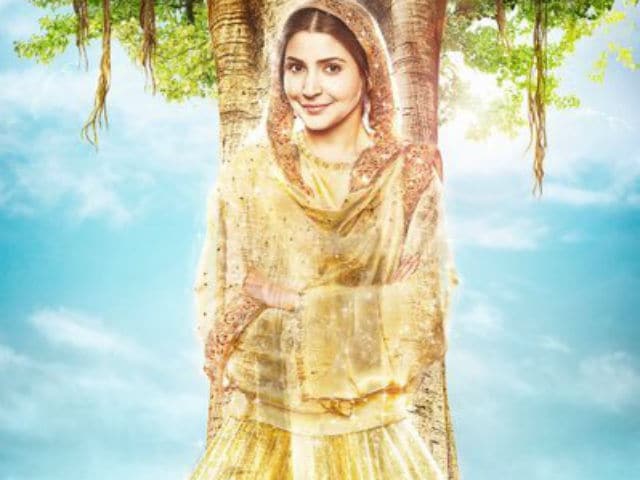 New Delhi: The makers of Anushka Sharma and Diljit Dosanjh's upcoming film Phillauri released the second poster of the film on Tuesday, featuring both the stars. Dressed simply, Anushka and Diljit look completely immersed in love. The poster is sure to take you back to the olden times. The tagline on the poster reads: "Some love stories last beyond a lifetime!" The trailer of Phillauri was unveiled on Monday and received lot of love on social media. Shah Rukh Khan, Ranveer Singh, Twinkle Khanna and others tweeted about the film featuring Anushka, 28, as a ghost bride. Set in Phillaur district of Punjab, Phillauri releases on March 24.

Some love stories last beyond a lifetime! Here's the 2nd poster of #Phillauri@foxstarhindi@OfficialCSFilmspic.twitter.com/NM0KyoZORF

"Wedding in the movie is just the backdrop of the story. Phillauri has got shades of drama, craziness and really interesting characters. It is romantic, fun and at the same time very intriguing," Anushka earlier told news agency PTI.

Watch the trailer of Phillauri:


On playing a ghost bride, the Rab Ne Bana Di Jodi actress told news agency IANS, "As an actress, I think I can do anything, but it depends on what kind of opportunities you get. I am lucky in that way. I have been given the kind of opportunities and done those kinds of roles. People have liked those portrayals. I think that is more important."

Promoted
Listen to the latest songs, only on JioSaavn.com
Phillauri is Anushka's second film as a producer after 2015's NH10. The film is directed by debutant Anshai Lal. After Phillauri, Anushka, who last featured in Ae Dil Hai Mushkil, will also be seen in Imtiaz Ali's Rehnuman opposite Shah Rukh Khan.