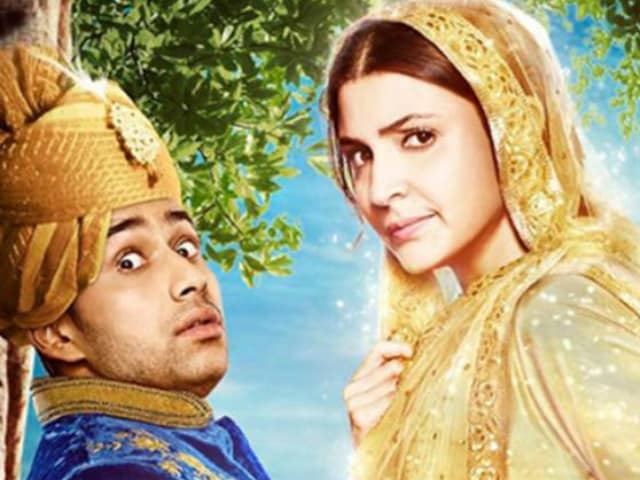 Anushka Sharma in a poster of Phillauri

Anushka was quoted by news agency IANS as saying: "I'm very happy with the audience response to our film Phillauri. It is delightful that families are loving the film and watching it together making it truly a fun, family entertainer, which was always our endeavour." Phillauri, which is Anushka's second production venture after 2015's NH10, received rave reviews from Bollywood celebrities including Shah Rukh Khan, Alia Bhatt, Dia Mirza and director Shashank Khaitan. IANS also reported that Anushka's film has made a pre-release business of Rs 12 crore from the film's satellite and music rights.

Phillauri the attempt at doing wot u believe in. @AnushkaSharma@diljitdosanjh#anshai#karnesh keep believing in the impossible.

#Phillauri is such a lovely unique film!!!With such honest performances from the whole cast!!!! @AnushkaSharma you are such an inspiration

I love Shashi @AnushkaSharma! #Phillauri has a heart of gold :) All my love and best wishes to you and the entire team #1DayToPhillauri

#Phillauri is such a lovely film, loved it... so unique & heart warming @AnushkaSharma#karneshsharma@diljitdosanjh#AnshaiLal#anvitadutt

In his review for NDTV Movies Saibal Chatterjee wrote: "Phillauriis an unconventional Bollywood entertainer that is watchable all the way. It does not rely on star power. It draws its strength instead from an off-kilter screenplay that for once might make you want to believe in the existence of ghosts."

Promoted
Listen to the latest songs, only on JioSaavn.com
Phillauri is a story of an NRI, played by Suraj Sharma, who is manglik and is made to marry a tree before his actual wedding. This tree is also the home of Shashi (Anushka Sharma), a ghost who insists that Suraj accept her as his bride. Then the story goes into flashback, revealing that Shashi was in love with a folk singer, played by Diljit Dosanjh.

Anushka, who has a cameo role in Sanjay Dutt's biopic, will next be seen in Imtiaz Ali's yet-untitled movie along with Shah Rukh.