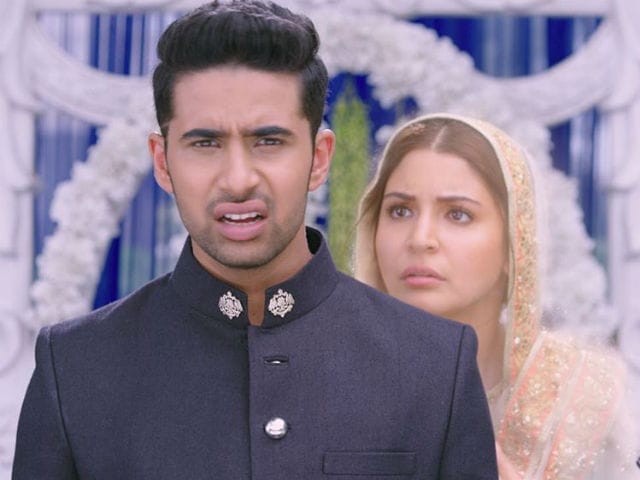 New Delhi: Anushka Sharma's latest film Phillauri, which showed a 'dip' at the box office on Monday, earned Rs 2.02 crore on Tuesday, tweeted trade analyst Taran Adarsh. The film, which stars actor-singer Diljit Dosanjh and Suraj Sharma in pivotal roles opposite Anushka, opened to average reviews on March 24. The film has so far collected Rs 19.22 crore at the box office, tweeted Mr Adarsh. Phillauri, directed by Anshai Lal, is based on two love stories, which are set 98 years apart. Set in Phillaur, Punjab, Diljit plays a singer and Anushka's love interest. Anushka plays Shashi, a ghost bride in the latter half of the film.

In his review for NDTV Movies, Saibal Chatterjee writes, "Phillauri is an unconventional Bollywood entertainer that is watchable all the way. It does not rely on star power. It draws its strength instead from an off-kilter screenplay that for once might make you want to believe in the existence of ghosts, especially if they happen to be like the one that Anushka Sharma gets into the spirit of." He gave Phillauri three out of five stars.

Promoted
Listen to the latest songs, only on JioSaavn.com
Anushka's role as a ghost bride was loved by her colleagues. A special screening of Phillauri was hosted by Anushka a day prior to the film's release. Shah Rukh Khan, with whom, the 28-year-old actress made her Bollywood debut in Rab Ne Bana Di Jodi, tweeted: "Phillauri, the attempt at doing what you believe in."