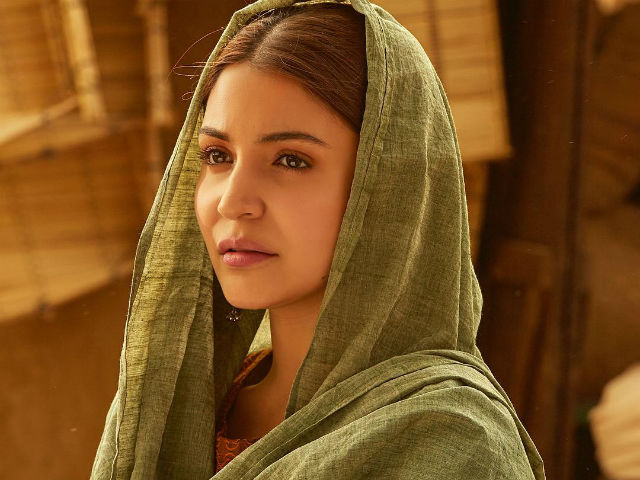 New Delhi: Anushka Sharma's latest film Phillauri, which released to average reviews on March 24, Friday, earned Rs 2.02 crore on Monday, tweeted trade analyst Taran Adarsh. His tweet mentions that the film has taken a 'dip' at the box office. Phillauri's current total now stands at Rs 17.27 crore. The film collected Rs 6.03 crore on Sunday, the highest box office score recorded so far. Anushka Sharma stars opposite actor-singer Diljit Dosanjh in Phillauri. The film is based on two love separate stories, set 98 years apart. In the latter half of the film, Anushka plays a ghost bride Shashi opposite Suraj Sharma, who gets married a tree as he is a maanglik and Shashi is the ghost stuck in the tree.

On Monday, Mr Adarsh mentioned that Phillauri performance in North India has been the best due to Diljit Dosanjh's 'star power.'

In his review for NDTV Movies, Saibal Chatterjee gave the film three out of five stars. He wrote, "The film is an unconventional Bollywood entertainer that is watchable all the way. It does not rely on star power."

Promoted
Listen to the latest songs, only on JioSaavn.com
Ahead of the release, Anushka organised a special screening of Phillauri for her Bollywood colleagues. The film received positive response and Anushka's performance as a ghost was appreciated by all.

Phillauri is Anushka's second film as a producer after 2015's NH10. It is directed by Anshai Lal and also stars Mehrene Kaur Pirzada in key role.