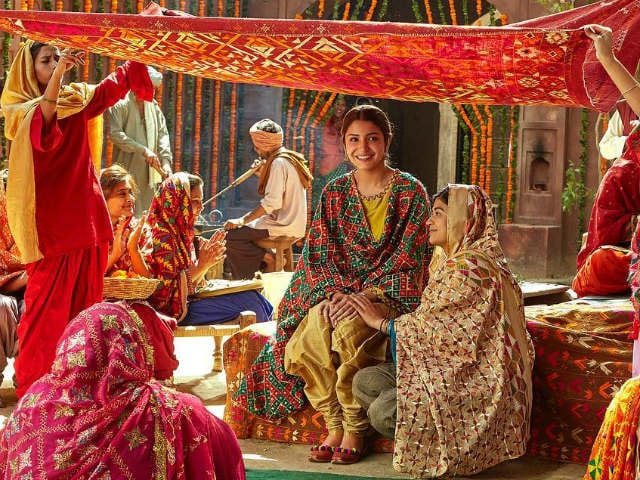 Phillauri Box Office Collection Day 2: Anushka Sharma in a still from the film

New Delhi: Anushka Sharma, as Phillauri's ghost bride Shashi, has taken over the theatres in North India, reported trade analyst Taran Adarsh. Anushka's new film Phillauri has made a sum of Rs 9.22 crore in two days, with a substantial business in North India, Mr Adarsh added in his report. He also mentioned that Phillauri performed better on Saturday, a day after its release and footfalls on Sunday will be a key factor in deciding fate of the movie at the box office. "Phillauri is strong in North, the key contributor. Business saw growth on Saturday, Sunday crucial," wrote Mr Adarsh. A day wise break-up of Phillauri has also been provided by Taran Adarsh - the movie made Rs 4.20 crore on its opening day and a shade higher on Saturday with Rs 5.20 crore.

Phillauri stars Anushka Sharma in a refreshing role - that of a ghost bride who accidentally gets married to an NRI, played by Life Of Pi actor Suraj Sharma. Punjabi actor-singer Diljit Dosanjh and Mehrene Kaur Pirzada also feature in key roles in the ghost drama. In his review for NDTV Movies, Saibal Chatterjee writes: "The film revolves around a century-spanning love story that takes into its sweep a budding romance that blossoms in a village off Phillaur, in the era of Gauhar Jaan, the freedom struggle and the Jallianwala Bagh massacre."

Promoted
Listen to the latest songs, only on JioSaavn.com
Meanwhile, Bollywood is also fond of Anushka Sharma's Phillauri (particularly Shashi) already. Shah Rukh Khan whose Rab Ne Bana Di Jodi is Anushka's maiden Bollywood film, wrote: "Phillauri, the attempt at doing what you believe in." Actress Alia Bhatt said Anushka is 'an inspiration': "Phillauri is such a lovely unique film! With such honest performances from the whole cast! Anushka Sharma you are such an inspiration."

Phillauri has been co-produced by Anushka and her brother Karnesh Sharma, and is the 35-year-old actress' second project as a producer after 2015's NH10. Directed by Anshali Lal, Phillauri has extensively been shot in rural Punjab.