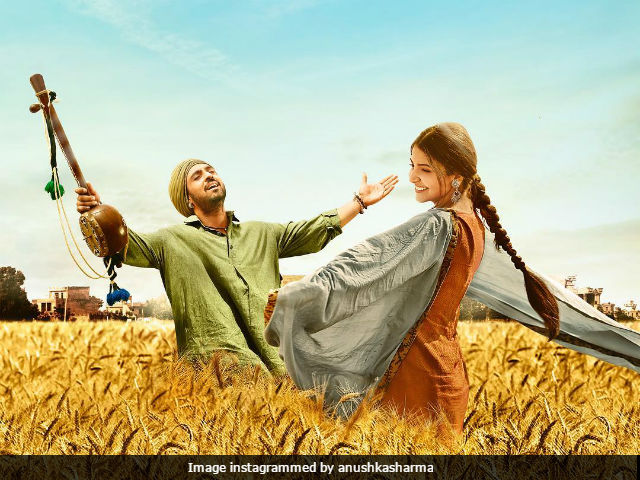 New Delhi: Actress Anushka Sharma has chanced upon a novel way to promote her upcoming film Phillauri on social media - all it takes is Photoshop. The 28-year-old actress, who plays the role of a benign ghost in the film, has been going places, quite literally, from the Oscars last month to reaching the moon with Neil Armstrong. The hashtag #ShashiWasThere has become a huge hit on the Internet with everyone loving Anushka Sharma's hilarious take on different situations. Now, it seems that #ShashiWasThere when Jai and Veeru were singing Yeh Dosti in Sholay. The Sultan actress recently shared an image from the 1975 classic into which she's been inserted with actors Amitabh Bachchan and Dharmendra. She captioned it: "Ab aap jaan gaye ki Veeru Jai ke upar kyon baitha tha. Because #ShashiWasThere(sic).".

The Sholay picture is especially genius because if you think about it, the line "todenge dum magar tera saath na chhodenge" seems tailored for Phillauri's Shashi, who is a most determined ghost and refuses to leave the side of the hapless young 'maanglik' man who was married to the tree she inhabits.

After the 2015 thriller movie NH10, Phillauri is Anushka Sharma's second production venture. The Jab Tak Hai Jaan actress will be seen sharing screen space with Diljit Dosanjh and Suraj Sharma, who plays Shashi's inadvertent and unwilling groom. Diljit is cast to type as a Punjabi folk musician and the love interest of Shashi when she was alive.

Promoted
Listen to the latest songs, only on JioSaavn.com
Anshai Lal will be making his directorial debut with this film. Phillauri has been co-produced by Anushka and her brother Karnesh Sharma under the banner of Fox Star Studios and Clean Slate Films.