PewDiePie To Be Dethroned As YouTube’s Most Subscribed. Guess By Who? 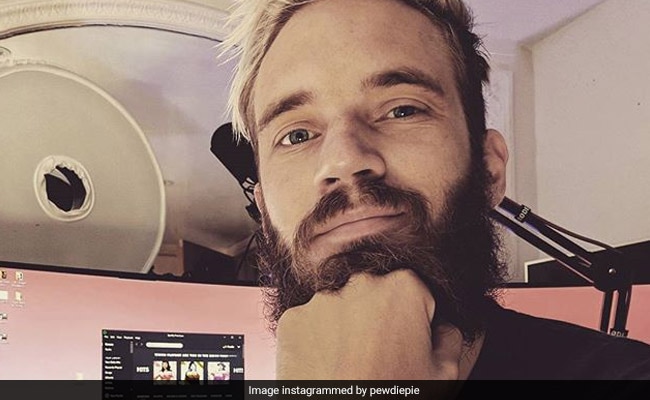 Those numbers popped up recently on a livestream that the analytics firm SocialBlade created to monitor the competition between the pair. In a matter of days, SocialBlade estimates, something monumental will happen. T-Series will overtake PewDiePie as YouTube's most-subscribed channel - a spot he's held since 2013.

If you're an American who cares at all about YouTube, you'll know PewDiePie, aka Felix Kjellberg. He's Swedish, he became famous for playing - and reacting on camera to - scary video games. The videos gave him an enormous and very loyal fan base. He was one of the first famous YouTubers whose influence challenged the idea of what it means to be a "real" celebrity instead of simply someone who is famous online.

As the years passed, Kjellberg branched out into vlogs, commentary and comedy videos, packaged and protected by layers of in-jokes and irony. In 2017, he lost his premium YouTube show and a number of business deals when the Wall Street Journal highlighted a number of Nazi jokes on his channel.

It's tempting to conclude that the imminent dethroning is a result of the personality's serial controversies. But that's not quite right: Kjellberg is about to lose the top spot not because of who he is, but because of what T-Series represents. In fact, Kjellberg's subscriber count has only grown since those controversies - just not as quickly as T-Series's.

T-Series is an Indian YouTube channel that taps into the popularity of Bollywood and focuses on music videos. Unlike PewDiePie, the channel posts multiple videos a day (about four to six), and is run by an entertainment company. And it's growing at a staggering pace as India's internet user base expands. Since the beginning of the year, T-Series has gained more than 35 million subscribers.

There are a lot of things that T-Series has going for it, and it's hard to say which one is the driving force behind its takeover of the YouTube subscriber chart. Motherboard noted recently that T-Series has done a couple of super smart things: It has catered to regional audiences like those in Bengali and Tamil, and has focused on music. Bollywood music, Motherboard writes, isn't as accessible in digital formats as you'd think. So a free YouTube channel with a huge catalogue of songs immediately becomes appealing.

In a September video, Matthew Patrick, a YouTuber who runs the popular Game Theory channel, outlined several factors that he believes have contributed to T-Series's impending coronation - including increased interest by major tech companies in tapping into India's growing user base. Patrick argues that as more of India's population gets online, there are still relatively few channels that cater to its interests and produce frequent, professional-quality videos. In other words, T-Series is benefiting from having little competition - something that contributed to Kjellberg's rise several years ago, Patrick has argued.

Kjellberg responded to the impending takeover the way he responds to most things these days: with chaotic, meme-laden, semi ironic commentary. In August, he released a video in which he jokingly challenged T-Series to a "saber fight," "IRL, to the death."

"If they won't accept my sword challenge, then the only thing we can do is fight fire with fire," Kjellberg says, before screaming "smash subscribe" several times.

As YouTube's biggest star, Kjellberg was one of the first to make appearances on mainstream TV shows, as a kind of ambassador for the culture of YouTube and its fans.

"I want to thank the internet for allowing their emperor to be here for the evening," Stephen Colbert joked in 2015, when interviewing Kjellberg on The Late Show. The interview is charming - Kjellberg explains why people might want to watch videos of him playing video games ("I think it's not just watching me play it. It's like we're hanging out."), and he teaches Colbert some Swedish swear words.

But PewDiePie's content has made him unsuitable for the ambassador role in recent years. Aside from his Nazi jokes and dropping of the n-word, PewDiePie has more or less become a self-referential fortress, impenetrable to anyone who doesn't get the joke. Recently, PewDiePie argued that he had been singled out by YouTube for unfair punishment. Logan Paul, the popular vlogger who once filmed himself joking in front of a dead body in Japan, will now see his premium YouTube movie released after months of controversy-driven delay. PewDiePie's premium series is still canceled.