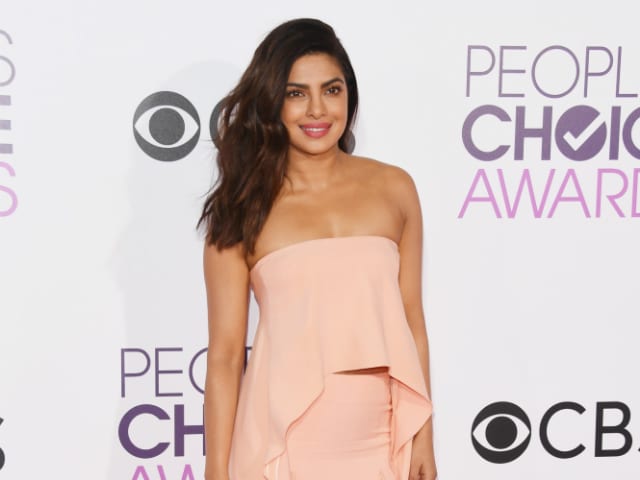 New Delhi: Actress Priyanka Chopra is a favourite television star in the West already, and is going places, literally. After being invited to the Emmys and the Oscars last year, the 34-year-old actress made her way to present at the Golden Globes this year. Priyanka also arrived for the 43rd edition of the People's Choice Awards held at the Microsoft Theatre in Los Angeles on Wednesday night, which is Thursday morning in India. Priyanka won at the People's Choice Awards for the second time, courtesy American TV show Quantico which is currently in its second season. Priyanka won Favorite Dramatic TV Actress this year while she received an award in the Favourite Actress in a New TV Series category last year for Quantico. Priyanka Chopra headlines Quantico as FBI recruit-now-CIA agent Alex Parrish.

Promoted
Listen to the latest songs, only on JioSaavn.com
Priyanka redefined chic on the People's Choice red carpet as she arrived in pale peach separates - she paired a strapless top with a fringed skirt and metallic pumps. Priyanka let her ensemble do all the talking and completed her look with nude make-up and added a touch of colour with pink lips. Priyanka surely made a fashion splash. So chic Priyanka, so very chic! 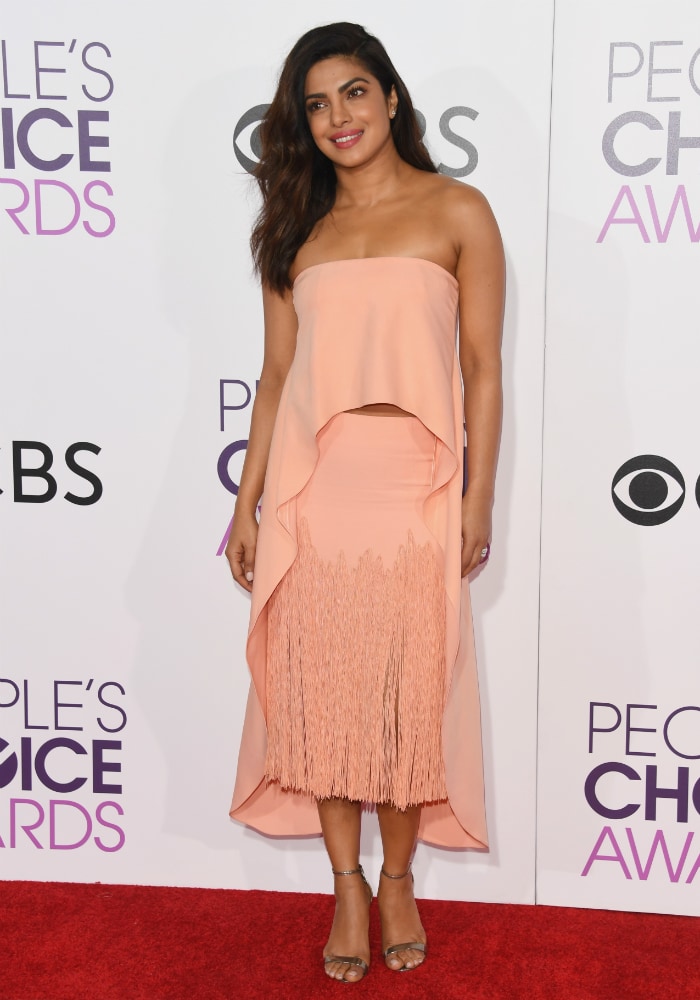 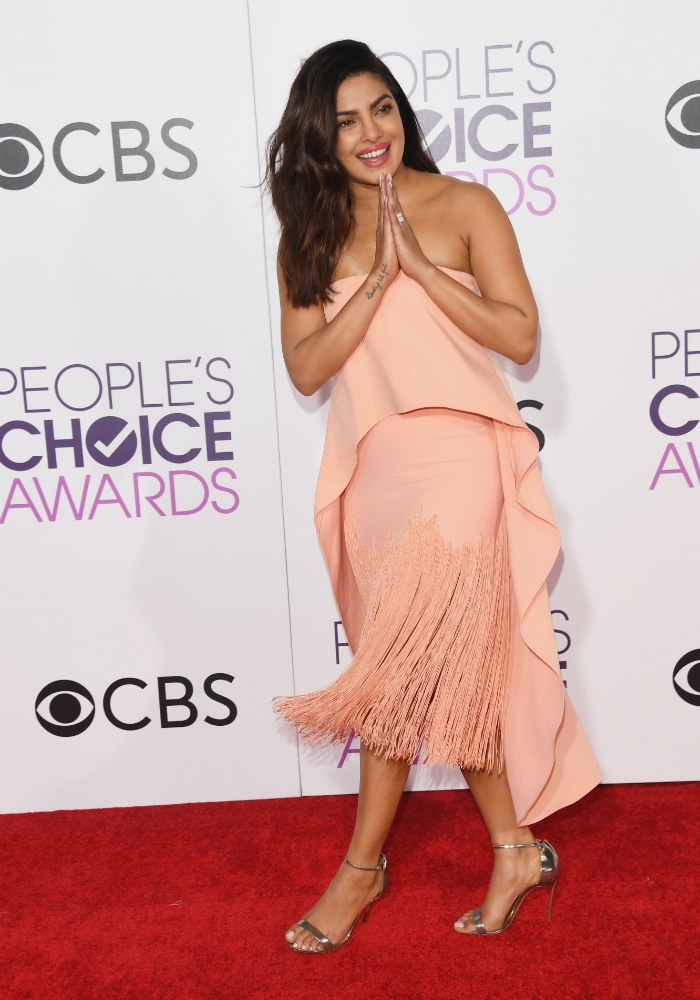 Ahead of her the People's Choice Awards, Priyanka shared updates on social media. Priyanka was on her way to Los Angeles from New York, where she lives and works for her TV show Quantico. "Early morning... sore... sleepy but... first... lemme take a selfie.. LA bound," Priyanka wrote on Instagram.

Priyanka Chopra was in India for the winter holidays when she revealed she was supposed to sign two Bollywood films this year. However, she has not divulged any more details about her upcoming projects back home. Meanwhile, she is geared for her Hollywood debut opposite Dwayne Johnson with beachside movie Baywatch. Priyanka features as main antagonist Victoria Leeds in Baywatch while The Rock plays the role of a lifeguard. Baywatch hits screens on May 26.