People Told Me "I Should Know How To Cook": Vidya Balan On Facing Gender Inequality

"I think all of us have faced gender bias and not just by the members of the opposite sex," said Vidya Balan 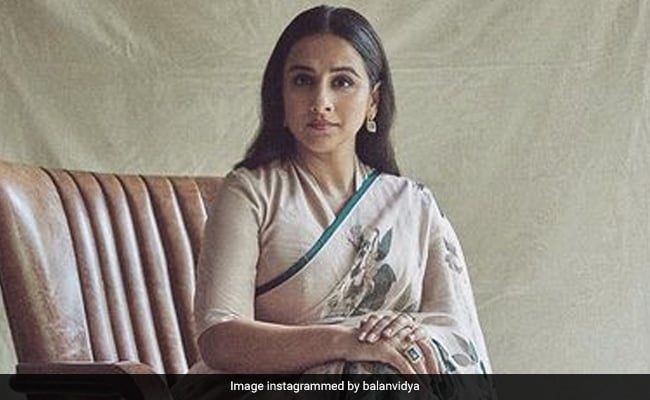 Actress Vidya Balan, who has always been vocal about her ordeal with body-shaming and other social issues, shared that, like many women, she has also "faced gender bias" in an exclusive interview with Times Now Digital. Vidya, who is married to filmmaker Siddharth Roy Kapur, revealed that she was once told she "should know how to cook" at a dinner table after the actress had shared that neither she nor her husband knows cooking. Recalling the incident, Vidya told the portal: "I remember people telling me over a dinner that, 'Oh my god, you don't know how to cook.' I said, 'No, both Siddharth and I don't know how to cook'. They said, 'But you should know how to cook na...'."

"I wanted to say, 'why should it be any different for Sidharth and me?'," she added.

But that wasn't the only time Vidya Balan was asked to improve her cooking skills. In the interview, she said that her mom would always tell her that she must learn to cook. Vidya laughingly told Times Now Digital: "I would say why the hell should I learn to cook, I will earn enough to hire a cook or marry a man who can cook."

The actress added: "I think all of us have faced gender bias and not just by the members of the opposite sex. Even I think we all tend to judge each other, box each other as human beings and it's a little sharper for women or with women."

But Vidya Balan has her own way to deal with gender bias - it makes her gets "angry" and then she gives the person "a piece of her mind."

Vidya Balan, in the aforementioned interview, also shared she "tried her hand at cooking" during the lockdown but just to help her house staff.

Vidya Balan is a renowned actress who has worked in critically acclaimed movies like Parineeta, Guru, Paa, Bhool Bhulaiyaa, The Dirty Picture, Kahaani and Shakuntala Devi.

She will next be seen in Prime Video's Sherni, in which she plays the role of a forest officer.