"My Weight Had Become A National Issue": Vidya Balan On Body Shaming

"For the longest time, I hated my body," said Vidya Balan 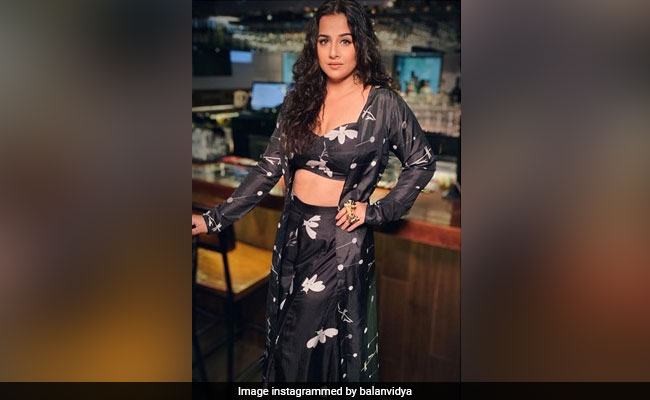 Vidya Balan, who has often found herself at the receiving end of brutal criticism for her body, talked about her ordeal with body shaming in an interview with the Times Of India. The actress, who, over the last few years, has touched upon an array of topics like beauty standards for women, body positivity and more, shared her not-so pleasant experiences and said, "For the longest time, I hated my body." But she has come a long way. "It was important for me to have gone through what I did. It was very public and at that time it was so insurmountable. I come from a non-film family. There was no one to tell me that these phases don't last. My weight issue had become a national issue. I have always been a fat girl; I wouldn't say that I am at a stage where my fluctuating weight doesn't bother me anymore at all. But I have come a long way," Vidya Balan told the Times Of India.

She added that her journey of loving herself wasn't easy and that she would often be "angry and frustrated." Vidya Balan added, "I have had hormonal issues all my life. For the longest time, I hated my body. I thought it had betrayed me. On the days I was under the pressure of looking my best, I would bloat up and I would be so angry and frustrated."

The National Award-winning actress said, "What happened is that I began to love and accept myself a little more each day and therefore, I became more acceptable to people. They began to shower me with love and accolades and appreciation and all of that."

Vidya Balan, who stepped into Bollywood with the critically acclaimed film Parineeta, is best-known for featuring in movies such as The Dirty Picture, Kahaani, Guru, Bhool Bhulaiyaa, Mission Mangal and Lage Raho Munna Bhai, among others. She was last seen in the Shakuntala Devi biopic.