Penguin Trailer: Pregnant Keerthy Suresh Vs A Killer On The Loose In Kidnap Thriller

Penguin was initially scheduled for a theatrical release but because of the lockdown, the film will now release on OTT platform Amazon Video 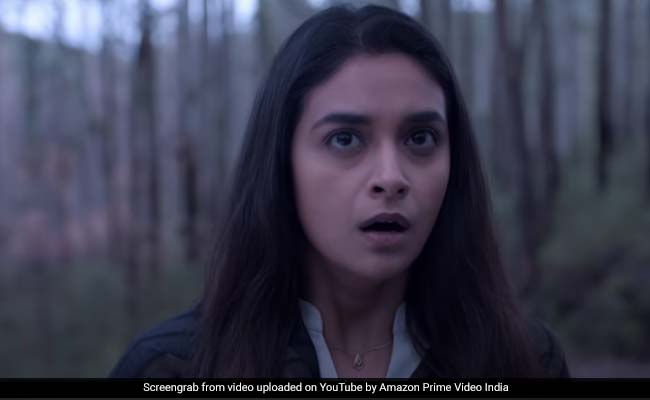 Keerthy Suresh in a still from Penguin trailer (courtesy YouTube)

The trailer of Penguin will give you goosebumps. No, really. Starring Keerthy Suresh, Penguin appears to be a gripping thriller, tracking the story of a pregnant mother, who is on a desperate hunt to save her son from his kidnapper. The teaser of Penguin, released last week, gave us glimpses of what to expect from the movie and the trailer elaborates on each scene shown in the teaser. The Penguin trailer begins with an adorable moment featuring Keerthy Suresh and her onscreen son. But a plot twist later, Keerthy's son can be seen walking away with a mysterious man, after which the police tells Keerthy that may be her son is dead.

Convinced that her son is alive, Keerthy follows her heart and crosses paths with the kidnapper, who appears to be the titular 'penguin'. The kidnapper has been described as a "brutal monster" in the trailer - dressed in black, the kidnapper wears a Charlie Chaplin mask and carries a yellow umbrella at all times.

In the final scenes of the Penguin trailer, the kidnapper features in a gory scene, in which the character can be seen holding a butcher's knife while a blood-stained apron hangs on the wall of his crib. The trailer ends on a cliff hanging note when Keerthy Suresh opens the door with the 'penguin' inside. Produced by Karthik Subburaj, Penguin marks the directorial debut of Eshavar Karthic, who has also written the film.

Watch the trailer of Penguin here:

Penguin was initially scheduled for a theatrical release but because of the lockdown, the film will now release on OTT platform Amazon Video on June 19. Penguin will release in Tamil, Telugu and Malayalam.