Payal Rohatgi And Sangram Singh Are Reportedly Getting Married, 4 Years After Engagement

Sangram Singh said: "Everything happens when it's meant to and I feel that it's about time now" 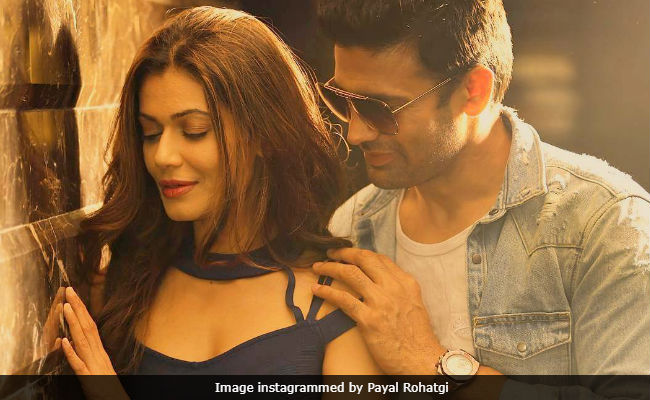 Sangram and Payal have known each other for six years. (Image courtesy: Payal Rohatgi)

New Delhi: Actress Payal Rohatgi and wrestler Sangram Singh are all set to get married. The 32-year-old actor told Bombay Times that the couple wanted to get married within a year of their engagement but had to delay due to their work commitments. "Everything happens when it's meant to and I feel that it's about time now. I am planning a winter wedding and don't want to delay starting a family," he said. Payal and Sangram got engaged in 2014. Sangram also told Bombay Times that though Payal's parents are progressive and know that marriage can wait his mother is eager for them to get married.

"We have been together since six years and understand the need of the hour. Payal and her family members are progressive and they knew that marriage could wait. However, my mother calls me every second day to enquire about my wedding plans. So, I don't think there is any point delaying it anymore," he told Bombay Times.

Promoted
Listen to the latest songs, only on JioSaavn.com
Payal Rohatgi competed in the Miss India pageant in 2000 and later represented India in Miss Tourism World competition. She was crowned Supermodel Miss Tourism World in the same year. After featureing in several advertisements, Payal made her Bollywood debut in Yeh Kya Ho Raha Hai?. Payal went on to star in films such as Plan, Rakht, 36 China Town and Dil Kabaddi.

Payal Rohatgi and Sangram Singh have participated in controversial reality show Bigg Boss but in different seasons. Together, they competed in dance reality show Nach Baliye 7 in 2015.