Pathaan: "The mission of a lifetime is about to start," wrote John Abraham 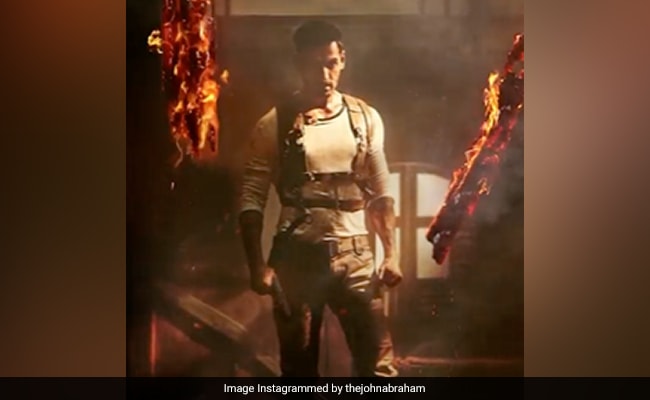 After sharing Shah Rukh Khan and Deepika Padukone's posters, the makers of Pathaan, unveiled John Abraham's look from the film. The motion poster features an armed John Abraham intensely staring into the camera as flames of fire flicker in the backdrop. Sharing his look from the film on social media on Thursday, John Abraham wrote in his caption: "I'll let my action do all the talking." In another post, he wrote: "The mission of a lifetime is about to start. Celebrate Pathaan with YRF50 only at a big screen near you on 25th January, 2023. Releasing in Hindi, Tamil and Telugu.5 months to Pathaan."

In June, SRK shared his motion poster from Pathaan on social media and she wrote: "30 yrs and not counting cos your love and smiles have been infinite. Here's to continuing with Pathaan. Celebrate Pathaan with YRF50 on 25th January, 2023. Releasing in Hindi, Tamil and Telugu."