Parineeti Chopra Urf Bindu 'Never' Wanted To Be An Actor 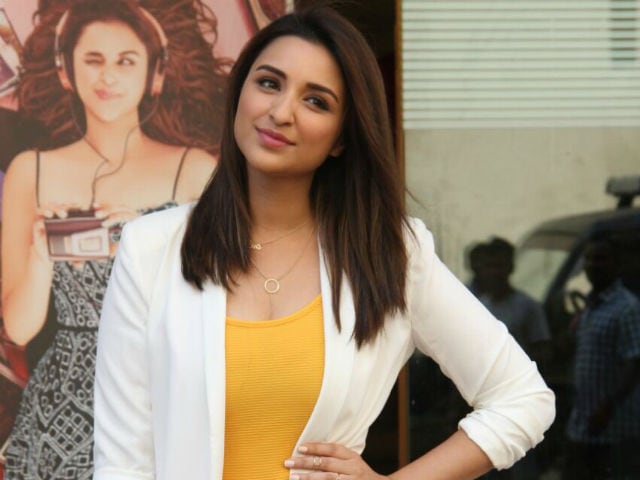 New Delhi: Actress Parineeti Chopra, who is currently awaiting the release of Meri Pyaari Bindu, said that she never dreamt of becoming an actor, reports news agency IANS. "Being an actor or acting was never my dream but I knew I was living my dream when my first film released, and I saw thousands of people go out there, watch my films, love me and then mob me on the road," IANS quoted Parineeti as saying in a statement. The 28-year-old actress debuted in Bollywood with the 2011 film Ladies vs Ricky Bahl, in a supporting role. Next year, she was seen opposite Arjun Kapoor in Ishaqzaade, where she featured in a lead role.

In Meri Pyaari Bindu, Parineeti plays an aspiring singer, who dreams of becoming a rockstar. She stars opposite Ayushmann Khurrana. Of her role as Bindu in the film, she earlier told news agency IANS, "She is a mad girl who just wants to be a rockstar and nothing else. Such a special role for me." Directed by debutant Akshay Roy, Meri Pyaari Bindu releases on May 12.

Parineeti started her career as an investment bank officer. She joined Yash Raj Films as a consultant in 2009. Her debut film Ladies vs Ricky Bahl was produced by Yash Raj Films.

Promoted
Listen to the latest songs, only on JioSaavn.com
After Meri Pyaari Bindu, Parineeti Chopra will be seen in Rohit Shetty's Golmaal Again. The film is the fourth instalment of Mr Shetty's blockbuster comedy series Golmaal: Fun Unlimited.