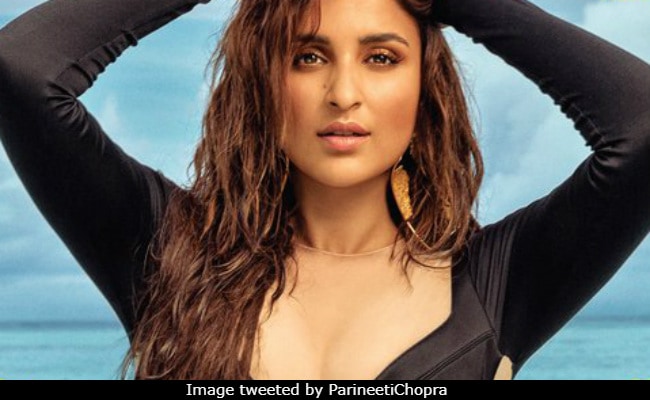 The Internet is really obsessed with Parineeti Chopra when it comes to trolling celebrities and Wednesday was one such day. The 29-year-old actress features on the October cover of a magazine, which was recently shared and made way for the trolls. The Internet took out its scrutinising tools and pointed out that Parineeti's photo is extensively photoshopped - to the extent that the edit strokes are easy to spot. In the cover photo, Parineeti makes a bold statement in black and nude swimwear. While it says "Parineeti's new avatar," folks on Instagram thinks it's a major "photoshop fail". "Weird photoshop," wrote a user while another added: "Horrible photoshopping". "Thumbs down for the terrible photoshop job," wrote another disgruntled user. "Photoshop is out of control here," also read some of the comments.

A section of Instafam also pointed how the cover has "ridiculed" Parineeti in an attempt to adhere to set standards of body goals. "Sick and tired of seeing these overly photoshopped mannequins," wrote an angry user.

This is however not that first time that Parineeti has been trolled for her outfit. In August this year, the Internet slammed the actress for appearing to be visibly uncomfortable in a tight dress during the promotions of Namaste England. In photos shared on social media, "hideous" she was told as could be seen constantly struggling to keep her hair in shape and adjusting her dress before posing.

Parineeti Chopra made her debut in Bollywood with 2011's Ladies vs Ricky Bahl but soon went on a sabbatical after back-to-back flops in 2014. Parineeti made a comeback after a year, when she refashioned herself through her Built That Way campaign. In 2016, sharing the story of her fat-to-fit transformation in 2016, Parineeti revealed she's not new to the concept of body-shaming. Last year, she opened up about dealing with body-image issues and mentioned how she was once slammed for not fitting into Bollywood's definition of slim: "I was constantly made fun of, but the person I was, I generously laughed with them. Today, many people ask me what triggered the weight loss, did I give in to the "Bollywood pressure"? To that I say - thank god I became an actor and had that pressure," she wrote in an Instagram post.

BEFORE .. All my life, I have struggled with how I look, how I feel, and how people looked at me. I was constantly made fun of, but the person I was, I generously laughed with them. Today, many people ask me what triggered the weight loss, did I give in to the "bollywood pressure"? To that I say - thank god I became an actor and had that pressure! I am able to achieve what I couldn't achieve otherwise. I feel more confident, I feel at peace, and I feel proud! Girls and women meet me all around the world, at airports, events, on the street; they hold my hand, hug me, and tell me their struggles and how I changed their lives. They show me their wallpapers, their wallets, and its all pictures of me!! They look at those pictures and want to make that change in their own lives. They look at my Built That Way campaign and have stuck it to their walls. I have seen women tear up and tell me I changed their life. Post delivery weight, teenage obesity, they are fighting it, and I am their inspiration. As an actor, There is no bigger achievement for me. I am glad to be a part of your life in this way. So thank you everyone. Thank You for making me feel loved. Like I always say - if I could do it. So can you. And I am always there for all of you .... Lots of love....

Parineeti is currently awaiting the release of Namaste England, her new film with Arjun Kapoor. She also has films such as Sandeep Aur Pinky Faraar and Jabariya Jodi in the pipeline.