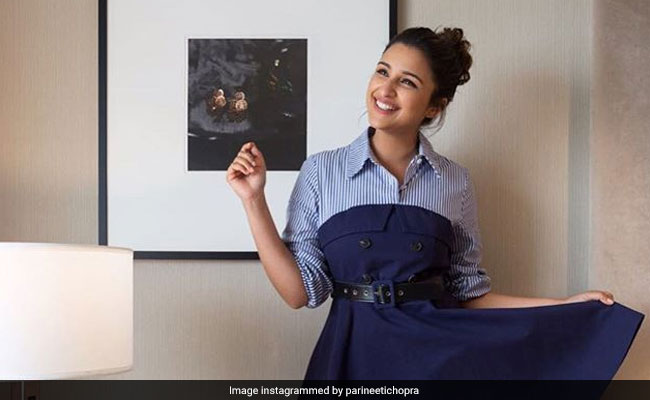 Actress Parineeti Chopra, in an interview to Mumbai Mirror, opened up about why she's so guarded about her personal life. "My life is out there. My love life is the only thing that I keep to myself because I'm not ready to talk about it yet." Adding to it, Parineeti said that there's nothing to conceal about her dating life but there's no need for a grand announcement either. In a way, Parineeti appeared to hint that she's not single and told Mumbai Mirror: "I don't hide things. It's just that I'm not officially announcing anything anywhere. I'm not posting pictures or not being seen everywhere so people think I'm trying to hide it, but my friends and family know the truth. I don't think I need to make an official announcement in the media. I'll do it if I feel the need for it."

Parineeti Chopra is rumoured to be dating Charit Desai, who is part of the Bollywood circle. They reportedly met during the Dream Team Tour in 2016. Charit Desai has assisted in films such as Agneepath, Rann, Teen Patti and Chandni Chowk To China.

Soon after Priyanka Chopra's wedding in December, gossip pieces speculated that an impending wedding is on the cards for Parineeti and Charit Desai as well. However, it did not take long for the 30-year-old actress to dismiss rumours as she wrote this strongly worded tweet: "Absolutely baseless and untrue! I will happily announce whenever I am getting married!"

Rumours that wedding bells are ringing for Parineeti, cropped up after the Internet spotted Charit Desai in a photo from one of Priyanka and Nick Jonas' pre-wedding parties in Mumbai. That's him on the top left corner beside Priyanka.