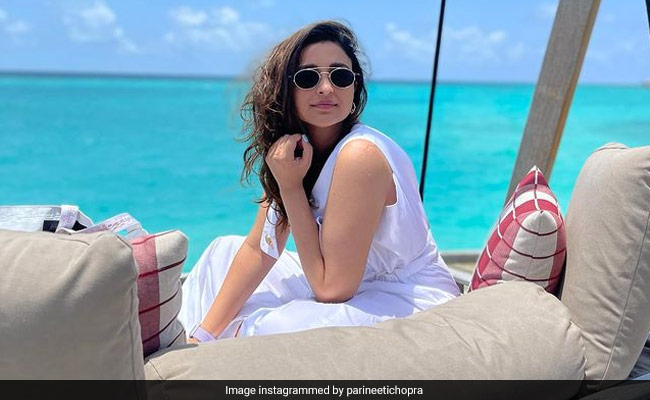 Parineeti Chopra is in the Maldives. And, it looks like she is having a blast. The actress has been keeping fans and followers updated about all that she is doing while on the holiday. With regular posts on Instagram, Parineeti Chopra has been giving us a virtual tour of the picturesque destination. Now, the actress has shared some new photos where she is seen relaxing by the beach. Dressed in a flowy jumpsuit, the actress is complementing the white sands. And, the harmony between herself and her surroundings was not lost on the actress. Making a reference to it in the caption, Parineeti Chopra wrote, “Blue. White. Happy.” In the images, she is chilling by the waters, spending some “me time” on a swing and also building some sandcastles.

Take a look at the images here:

That's not all. Parineeti Chopra also shared images of a family dinner with her parents and brother, Shivang Chopra. 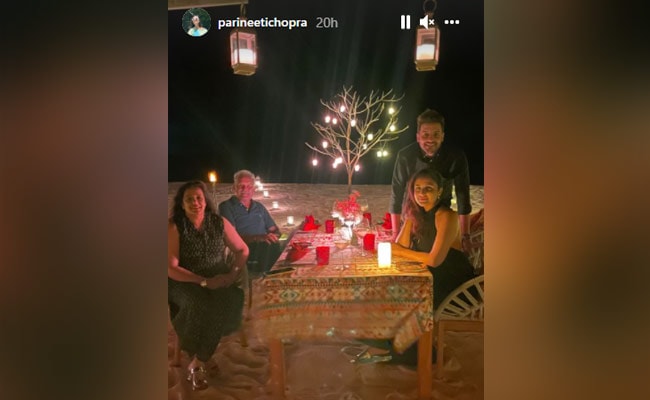 We were also treated to a picture of the actress, with her face illuminated by the candles on the dinner table. The holiday glow does suit Parineeti Chopra, does it not? 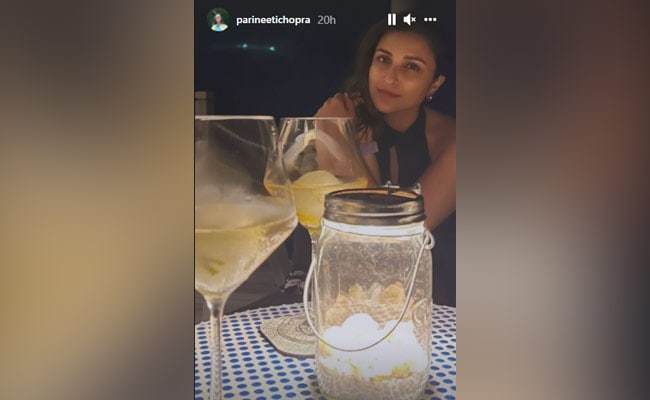 Also, don't miss this mirror selfie with the pristine waters in the background. 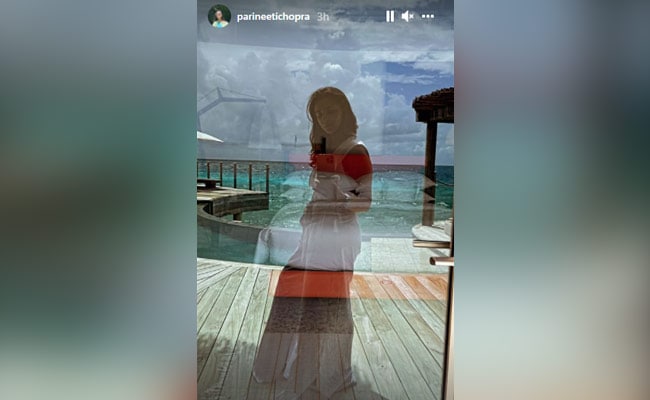 On Wednesday, Parineeti Chopra shared another image of herself riding a bicycle. Sharing the photo, she wrote, “Brought my personal photographers with me,” and tagged her brother.

Parineeti Chopra also posed for a family picture on arriving at the island. She wrote in the caption, “Fam jam, took out our cam. Missing you, stupid boy, Sahaj Chopra,” tagging her brother.

Parineeti Chopra made her debut in a supporting role in the 2011 film Ladies vs Ricky Bahl. She first appeared in a leading role in Ishaqzaade. In 2021, she has had three releases, namely The Girl on the Train, Sandeep Aur Pinky Faraar and Saina.