Parineeti and Matthew McConaughey Photobombed by These Men 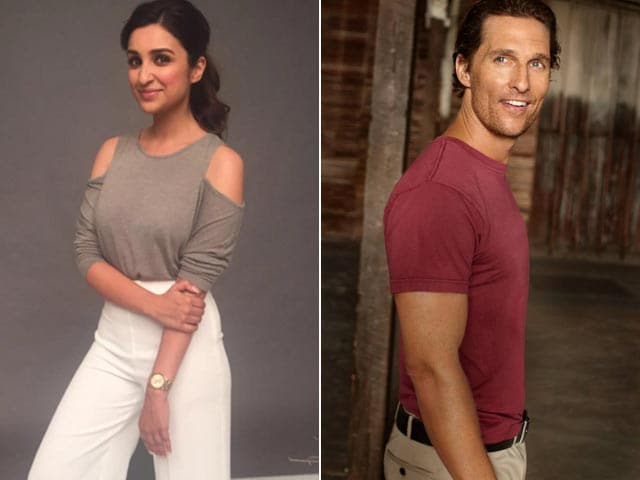 New Delhi: Actress Parineeti Chopra, who was in Dubai on Sunday for an event organised to honour teachers, presumably had the best time of her life as she met Hollywood actor Matthew McConaughey, known for films like Dallas Buyers Club.

It seems like Parineeti was waiting for this picture. But sadly, it didn't turn out the way she had expected. Courtesy - our 'Hindustani ladkas' Abhishek Bachchan and Akshay Kumar, who also attended the event. They happily photobombed this 'rab ne bana di' picture of Parineeti and Matthew, much to the actress' dismay:

Rab ne bana di jodiiiiii ... Me and Matthew!!! But photobombed by our hindustani ladkas ;) @bachchan @akshaykumar

Dressed in a black suit, Akshay also took a selfie with Hollywood actress Salma Hayek, who looked gorgeous in a black dress:

Selfie of a lifetime... Honouring all the Teachers around the World, #TeachersMatter in Dubai!

Parineeti, meanwhile, will be seen in Yash Raj Films' Meri Pyari Bindu, co-starring Ayushmann Khurrana, while Akshay and Abhishek will feature in Housefull 3 along with Riteish Deshmukh, Jacqueline Fernandez, Lisa Haydon and Nargis Fakhri. Akshay will also feature in Rustom, which is scheduled to release on August 12. (Also Read: Ranveer Singh's 'Prediction' For Parineeti 'Turned Out to be True')