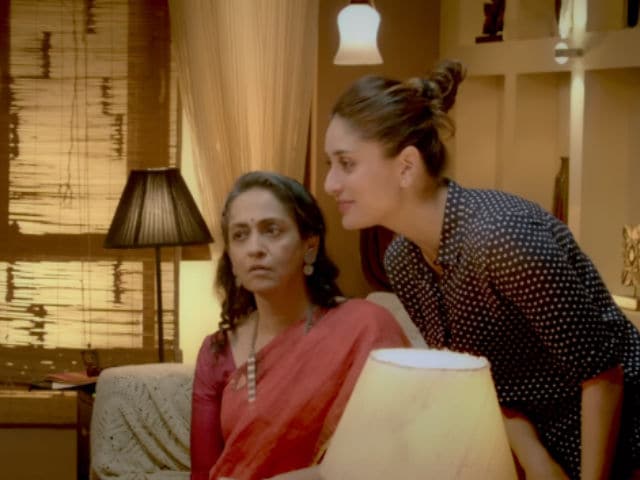 Swaroop Sampat in a still from Ki And Ka.

Mumbai: Actress Swaroop Sampat was initially scared to show the trailer of her next film Ki And Ka to her husband actor Paresh Rawal.

Ki and Ka casts Kareena as an ambitious marketing manager of a firm while Arjun plays a supportive house-husband.

"He (Paresh Rawal) doesn't see my work. I was scared to show him the trailer of Ki and Ka. But when he saw the trailer, he liked it a lot and said that I was good in it," Ms Sampat told PTI.(Also Read: Arjun Kapoor Says Ki And Ka Not Made to Give Any Message)

"He was not surprised seeing me in the trailer. He was happy," she added.

The 57-year-old actress does discuss work with Mr Rawal.

"We discuss everything about work. We support each other. He is my best friend first and then a husband. He is an introvert but is crazy. We as family have a great time always," she added.

They have two sons - Aniruddh and Aditya and both are interested in films.

"Aditya is learning screenplay writing in New York and Aniruddh is working as an assistant director in Salman Khan's Sultan. Both are inclined towards acting. They want to become actors. They like serious films and not typical Bollywood films. But they do like Paresh's films and they think he is a great actor. They haven't seen much of my films," she added.

Ki And Ka will release on April 1.