Panipat Star Arjun Kapoor: Make Fun Of Me But Not Of Martyrs

"I have laughed at many of these in the past, even when Half Girlfriend released," said Arjun Kapoor 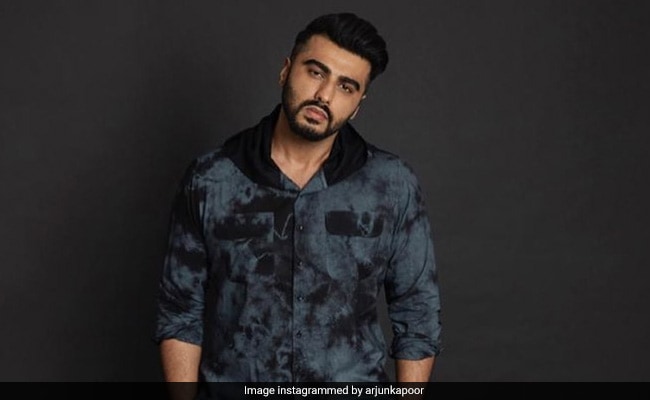 Ever since the posters of Ashutosh Gowariker's ambitious project Panipat were released, Internet has been buzzing with extreme reactions. While some have noted the film's lavish look, trolls and memes have been having a field day, too, with jibes at the film and its lead actor Arjun Kapoor. Arjun feels it is unfair to crack jokes on historical characters and martyrs who laid their lives down for the country. In the historical drama, based on the third Battle of Panipat, Arjun Kapoor plays Sadashivrao Bhau, the great Maratha warrior who had fought Afghan invader Ahmad Shah Abdali.

"Everybody gets trolled. I think now it has become habitual for people to be negative and bitter, probably because whatever they might be dealing with in their personal lives. It reflects badly on the way they have been brought up or the way they are," Arjun said, at a promotional event ahead of the film's release, when quizzed on how he reacts to memes flooding the Internet.

The actor added that he doesn't mind being the subject of trolls and has even made fun of himself on several occasions. But he finds it unacceptable when people create memes on historical characters and heroes who have served our nation.

"I don't mind if people make fun of me, but if you are making fun of this film, then you are making fun of people who have sacrificed themselves for India. See, I have done roast and made fun of myself. I don't have any issues. I am used to people making fun of me. I have laughed at many of these in the past, even when Half Girlfriend released. But it is unfair to crack jokes on historical characters, on martyrs. We should not forget the sacrifice that these men made," he said.

He also emphasised that while other national heroes like Subhas Chandra Bose or Bhagat Singh are never made fun of, a great historical warrior like Sadashivrao Bhau has become the target of trolls, and nobody is protesting. "I don't see anybody making fun of Shaheed Bhagat Singh. I have never seen a meme on Subhas Chandra Bose. But I am seeing memes on Sadashivrao Bhau and nobody says anything about it. He was as much of a valiant soldier for our country. But nobody says anything. It's not my job to reply to trolls. The fact is that these men were martyrs. However, nobody has stood up and said this is uncouth and rude. As a person, who has grown up in Mumbai, I am a Maharashtrian as much as I am a Punjabi, I feel it is sad that we are allowing it to happen," he said.

The actor also reacted to netizens comparing the film with Sanjay Leela Bhansali's Bajirao Mastani. He retorted: "People are comparing Panipat with Bajirao Mastani. There are so many stories belonging to that era. Should we stop making such films then? Then Tanhaji also cannot be made. There are so many stories waiting to be told! Just because we have seen something that resonated with us two years back, that doesn't mean any other story from that era cannot be made into a film."

The actor also revealed that he has a solution for "negative" and "insensitive" reactions. Referring to Rajkumar Hirani's popular comedy film Munna Bhai MBBS, Arjun said: "Today it has become a little derogatory and negative, and we are insensitive towards others. The way they write about us, (it is) as if we are not human beings. Raju sir had made a nice picture where everybody was given jaadu ki jhappi. I feel everybody needs a jaadu ki jhappi these days."