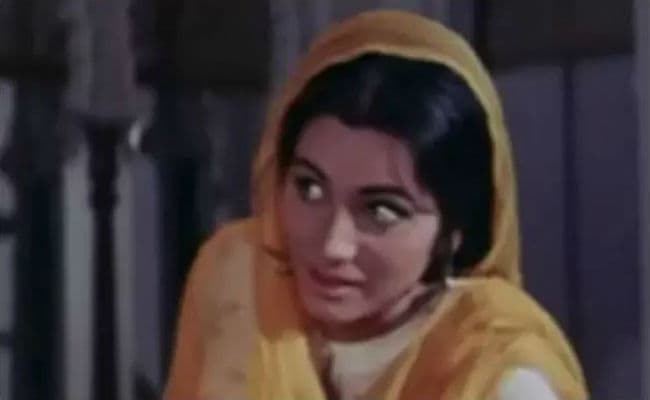 New Delhi: Pakeezah actress Geeta Kapoor was cremated by her daughter Aaradhya and sisters on Monday, two days after she died in an old age home in Mumbai. She was 57. Central Board of Film Certification member Ashoke Pandit tweeted that neither he nor the members of the old age home, who looked after the late actress in her final days, were informed about the cremation. "The daughter and sisters of late actress Geeta Kapoor ji performed her last rites, late last night. Even though Dr Tripathi, old age home sisters, Archana Shourie and I had requested them to inform us so that we, who stood by her pain, are part of her last journey. But they didn't. Sad," he said.

The daughter & sisters of late actress #GeetaKapoor Ji performed her last rites, late last night. Even though Dr. Tripathi, Old Age Home sisters, #ArchanaShourie & I requested them to inform us so that we, who stood by her pain, are part of her last journey. But they didn't. Sad!

After Geeta Kapoor was abandoned by her children last year, Mr Pandit had helped her with the hospital bills. Geeta Kapoor's son left her in a hospital in May 2017 on the pretext of withdrawing cash from an ATM but he never returned. Ashoke Pandit learnt about her situation from a newspaper article and came to her rescue. He also helped her find lodging in an old age home, where she remained for the last year.

On Saturday, Ashoke Pandit informed that Geeta Kapoor died "waiting for her children." He said: "We tried our best to keep her healthy but her wait for her son and daughter made her weaker day by day." Mr Pandit had also tweeted that if her family members wouldn't turn up in two days then he along with the old age personnel would do their "best to bid her a dignified goodbye."

Promoted
Listen to the latest songs, only on JioSaavn.com
Last year, Geeta Kapoor had accused her son of torturing and starving her.